Cinematography, the art of lighting and shooting a scene that encapsulates the director’s vision. There are so many elements to it, both creative and technical. It’s one of the few crafts that balance creativity and technicality; on one hand, we have composition and camera movement, but on the other hand we have f-stops and focal length.

Over the course of one and a half years studying film production at university, I’ve gathered my top (n) elements of cinematography that I’d like to share with you all.

Camera choice is one of my favourite elements of cinematography to talk about; my personal camera, a Fujifilm XT-4, is one of my pride and joys. I remember falling in love with it whilst trying one at the Fujifilm House of Photography in Covent Garden. Even though the setting are muscle memory to me, I feel like I’ve barely unlocked its full potential.

Cameras all have a fascinating learning curve, differing in workflows especially between brands. Furthermore, most cameras these days have customisable function buttons, so the same button on one camera can do something completely different on another camera of the same model.

One of my favourites I got to try out over my course is the BlackMagic Pocket Cinema, it’s always intrigued me how amazing of a picture it can produce with such a simple intuitive work interface! 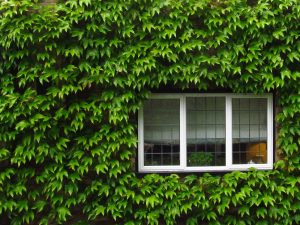 Framing and composition is definitely one of the more creative elements of cinematography. It gives you a sense of control as it’s up to you to find an optimal frame to lead the viewer’s eyes wherever you want.

Personally, finding that perfect angle is such a great feeling, and although it’s hard to find at first, once everything clicks into place, you’re rewarded with an amazing shot! The first thing I look at is the 3×3 grid lines on the camera screen, so I can put the subject on either the lines or the centre. Both of these compositions are used in different contexts to evoke different emotions.

For example, if we wanted to create a scene that shows solidarity, or you want the subject to stand out from a background, centre framing would be the best choice, whilst using the rule of thirds could indicate the subject is moving across the screen, the choice is all yours.

The exposure triangle is an important fundamental of cinematography and photography. It is the relationship between ISO, aperture and shutter speed. Essentially, the lower the shutter speed and aperture, the brighter the image will be, but the lower the ISO is, the darker the image will be. There are a few catches though, a higher shutter speed can capture fast moving subjects, whilst a lower one could blur the image. A higher aperture will mean the background is less blurry, but a lower f-stop (aperture number) will blur thebackground. Finally, the higher the ISO will be, the more noise will be introduced into the image.

As you can see, it’s all a fine balance between how blurry you want the background, how grainy you want the frame to be and whether you can keep the camera still enough to not blur the entire image.

HOWEVER this I just the basics for photography, capturing video adds a bunch of limitations. The shutter speed should always be 1/twice the frame rate, for example, if you shoot in 24 frames per second, you should set the shutter speed to 1/48. Of course you don’t have to, but this is the connection to produce the most natural movement in video. Now for the aperture, you might ask why not just stick the aperture at the lowest value possible, it’s bright and you get a gorgeous background blur?

However, it’s important to note that because only the foreground is in focus, if the subject moves towards the background, it’s going to be out of focus! It’s extremely hard to maintain focus with a very low aperture and I barely know which way to turn the focus ring! It’s all a balance between how blurry you want the background to e and how well you can keep focus of the subject.

Colour and lighting is another key aspect of cinematography that’s incredibly creative and technical. It’s one thing having an image of your dream scene, but it’s another thing knowing what gear to use and how to use it. Do you want hard, popping shadows? Use a concentrated light source. Or do you want softer shadows for a more cosy feel? Stick a diffuser in front f the light. Which combination of gels should you use to make the perfect blend of colour?

Where should you block the light to stop it from spilling? Where should you even place the lights?! For me, lighting is one of my weakest areas, it’s so overwhelming for me, there are so many factors to take into consideration and it’s hard to know where to start. However, from my experience, it’s essential to take it slowly like a puzzle, sort out one light at a time gradually layering on lights, diffusers and blockers until you have the scene you want. It’s basically logical trial and error!

So this was just a few elements of cinematography. If you feel like talking about cinematography or an other aspect of film making, get in touch.