5 of the best and most affordable cameras for video production

Filmmaking is a common passion that many people want to pursue, but many of us don’t have the resources to take on this practice and develop our skills. That’s why it’s so important to know about affordable options that can allow us to pursue our passion for video. These are just a few of the more affordable cameras out there that you can start your filmmaking journey with. 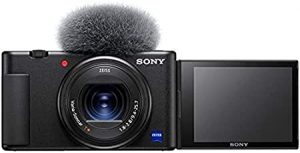 This Sony cameras has some great features, such a built-in ND filter, no limit on 4K recording, a built-in shoe for an external microphone and a built-in time lapse mode. It also has a flip-out screen which can be very useful for vlogging.

Some of the negatives of this cameras is that it does not have the best low light performance, you also can’t switch out the lens so you’d be committing to the attached one with a full-frame equivalence of about 24-70mm. The battery life is also not as good as other cameras.

However this is still a very high quality camera, ideal for recording vlogs but also other video production, and you can find it online for £657. 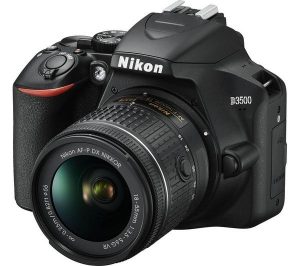 This is one of the most affordable cameras, as you can even find a used one online for £299.99.  It’s not just cheap, it has a lot of positives and useful features. Since it’s a Nikon, you would be able to switch out the lens with a wide variety of options, unlike the above Sony. The menu is said to be very intuitive and easy to use. The SD slot is on the side, making it easy switch it out while the camera is still mounted on a tripod or gimbal.

The video quality and autofocus are very good, but not quite the level of a Sony camera. This Nikon also does not have 4K video and has a 30 minute limit for video recording, so it is probably better for photography rather than video production.

For a more detailed analysis of both the Sony ZV-1 and the Nikon D3500 you can visit this blog, most of the other cameras on their list are not quite as affordable but they offer a lot of information about them. 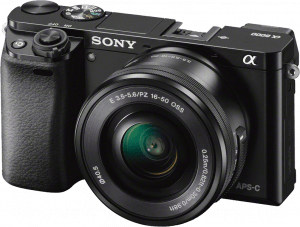 Not surprisingly this is the second Sony to make it on the list of affordable cameras, as they tend to be great for video production. This particular model is said to have incredibly fast autofocus, 11.1fps burst shooting with tracking focus and great ISO image quality. It can take high quality low light photos and has full HD output which can get 1920 x 1080 HD uncompressed clean-screen videos.

Unfortunately it only shoots video in HD and it does not have a standard microphone input. Many people have also said it’s quite slow to start up and have complained about the WiFi connectivity.

However, this could still be the right camera for you, and you can find it from £429 , making it one of the more affordable cameras Sony makes. 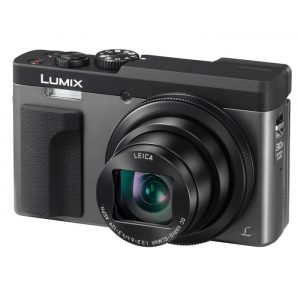 Along with the Nikon, this Panasonic is one of the most affordable cameras on this list at £299 and it could be a great investment for your video production goals. It can film video in 4K at up to 30fps, or 1080p Full HD at 60fps. It has a flip out screen which is ideal for vlogging, plus it’s very compact and easy to transport. It has a microphone jack and can stabilise images. Many have also positively reviewed the built-in zoom.

The only negatives people seem to be saying about this camera is that they weren’t 100% pleased with its low-light performance, and some have said the viewfinder is a bit too small. 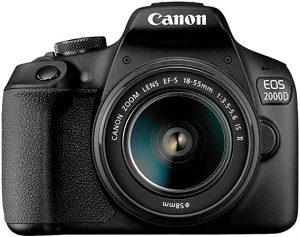 This Canon camera is a great option when looking for affordable cameras, you can find it for £398. It’s said to be great for both video and photography. It is able to Full HD 1080p at 60fps, ideal for slow-motion action scenes. It has the helpful flip-out screen and it easy and intuitive to use.

It can shoot in 4K, but only at 30fps, and it has a maximum focal length of 55mm. It’s a bit bulkier, so not as easy to travel with as some of the other examples on this list, and some have said the battery life isn’t as good as they hoped. But overall it’s a very well reviewed camera.

You can find another comprehensive list of affordable cameras, which includes some of our examples, in this article.

If you’re not working with a tight budget and just looking for great video cameras, you can check out our other blog about Good Filmmaking Cameras.