5 of the Best Reality Shows about Dating

I spent years thinking I was too cool for reality television, until I embraced it during lockdown and realised it can be the best way to switch off and relax during a stressful time. While there are plenty of television programs that are designed to educate or inform, sometimes it’s nice to just sit back and relax with a good old-fashioned reality show.

Not only can reality TV be a great way to unwind after a long day, but it can also be a fun way to bond with friends or family members. Some of the best reality shows out there offer a unique blend of drama, humour, and heartwarming stories. And whether you’re looking for a light-hearted distraction or a more emotional roller coaster, there’s sure to be a reality show that’s perfect for you. So next time you’re in the mood for some entertainment, remember that reality TV is always an option. 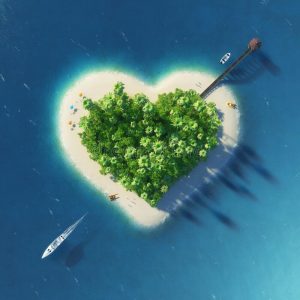 This is one of the newest reality dating shows, and deemed by many as one of the best reality shows. It started in 2020 and immediately found huge success on Netflix around the world. The original series is based in the US, but there have already been 2 international versions, a Brazilian and a Japanese show! The premise of the show is very original, with 30 singles being brought to a set and separated into gendered housing. While they are living with their fellow men or women, they slowly become each other’s competitors, as they are all going on daily ‘blind’ speed dates with the contestants of the opposite gender.

They do this by sitting in two attached rooms and talking through a wall, with microphones attached to them. The point is to bond over personality alone and prove that love is, indeed, blind. They all quickly begin to develop feelings for their faceless dates, leading to jealousy and competitiveness within the house. After 10 days, they must decide to either get engaged to someone through the wall, or leave the show. Only after becoming engaged do they see each other in person for the first time.

The show follows the next stages of their relationships, ultimately reaching their weddings and the final “I do” or “I don’t”. Based on the instant success this show found, I would definitely say it qualifies as one of the best reality shows available at the moment.

This is another relatively new show, which started in 2019 and streamed on Netflix. The premise is very simple, in every episode one contestant goes on five blind dates. They are all the basic idea of a date you would imagine, usually a dinner at a restaurant. After going on all five dates, they have to pick their favourite person to go on a second date with.

What makes this simple concept so fun to watch is the genuine awkwardness of a first date with someone they’ve never met. It all feels very real, with uncomfortable, cringeworthy moments, as well as heartwarming moments of connection. The series definitely goes for quantity over quality, hoping that out of five people they will find someone they connect with. It is one of the best reality shows if you are looking for real, awkward date moments.

If you live in the UK, there is no way you haven’t heard of this reality dating show, as it is regarded by many as one of the best reality shows. Since its debut in 2015, Love Island has become one of the most popular reality shows in the UK. Every year, a group of singles move into a luxurious villa in the hope of finding love. The show is packed with drama, romance and plenty of rip-roaring fun. The winning couple is voted for by the audience and wins £50,000.

Every summer, viewers tune in to watch the latest batch of islanders go through the ups and downs of relationships. This is a huge commitment for those who don’t want to miss an episode, as it’s on every single weeknight, for over 50 episodes! From dramatic breakups to passionate hookups, there’s never a dull moment on Love Island. With its mix of excitement, drama and romance, it’s no wonder that the show has won over the hearts of viewers across the country, surely putting it on many lists of best reality shows.

It is definitely a national phenomenon in the UK, but it’s not just the British public who are obsessed with Love Island. The show has also attracted a huge international following, with fans across the world eager to see what happens next. There are even two international versions, an American and an Australian series. Many Brits would probably call this one of the best reality shows of all time.

Just like Love Island, this series has a British, an American and an Australian version, and is based on a Danish TV show. However, I have decided to focus on the Australian as I strongly believe it is the superior version.

Married at First Sight cannot stay off a list of best reality shows. The concept is in essence a ‘social experiment’ with a simple premise: people agree to marry someone they’ve never met before, and the cameras capture all the drama that ensues. The couples are put together by ‘relationship experts’ based on their video applications, interests and what they are looking for in a relationship.

It is a formula that always delivers, and it has led to some truly unforgettable moments on television. But it’s also a very brave and crazy thing to do. After all, you are essentially giving yourself up to the unknown, and there’s no telling how things will turn out. But that’s part of what makes Married at First Sight so compelling to watch. You never know what’s going to happen next, and that’s what keeps viewers tuning in week after week.

They have weekly commitment ceremonies, where the couples decide if they want to stay or leave the show, where the experts also listen to their issues and advise them on their relationship. Due to legal restrictions, the marriages in the Australian series are not legally binding, but rather a ceremony in front of friends and family. The series started in 2015 and now has 9 season, with no sign of it ending soon, as a wide audience puts it on their best reality shows list. 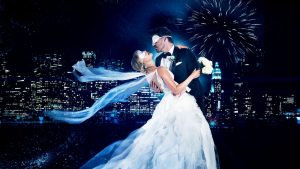 Are you the one?

I would put this MTV series on a list of best reality shows to watch for drama. All reality television comes with some conflict, but there are some reality shows that are more dramatic than others. Are You The One? is one such show. The premise of the show is simple: a group of singles tries to find their perfect match, which has been determined by professional matchmakers. the contestants all live in the same house, go on dates and attempt to identify their ideal partner. Every week they pair up into couples and find out how many they got right, without knowing which ones were correct and which were wrong.

Unsurprisingly, things get complicated quickly and emotions start to run high. Especially since if they win, by getting all the matches right, they win a shared prize of $1million. In addition, the show’s producers add their own bit of drama by making the rest of the contestants chose which couples will go on dates and which will go into the ‘truth booth’.

This often leads to arguments and even fistfights among the cast members. From jealous exes to meddling family members, there’s always something going on behind the scenes. As a result, Are You The One is one of the most dramatic reality TV shows on air. If you love drama, you’d probably put this amongst the best reality tv shows of all time.

We are a video production company in London and we love writing about the media industry. So check back regularly on the Nostairway blog page for updates on everything Film, TV and Media. If you found this article fun and interesting, you can start by reading these other Reality TV topics: