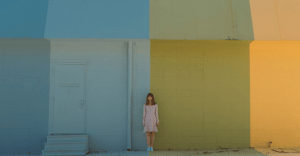 The production designer is responsible for designing the look of a film from start to finish. They work closely with directors, artists and other designers so that everything comes together seamlessly on screen. The job description might sound straightforward but there’s no denying how much goes into each project.

The head production designer is the person who helps bring a film’s vision from conception to reality. They work closely with directors and producers, managing designs for filming sites or props that need creating as well as budgets on top of collaborating between other teams like costume designers/VFX artists. They are involved from the get-go.

When it comes to balancing creativity with budget, the production designer has a lot on their plate. They have make sure that both overt and subtle elements come alive for filming – while staying within approved timelines and limits! In many cases this means being able to steer clear of any unnecessary computer graphics, in others they must use them strategically so as not slow down progression or incur extra costs.

Production design is one of the most important elements when creating a mood for a film. It’s not just for communicated where a scene is taking place, but also for conveying how the scene should feel. Scary or exciting, romantic or melancholic – set design and decoration can help make those moments feel more real and have a more significant impact on the audience.

The viewer may not even realise why they feel a certain way when a new location is visited, before the actors have performed. That means the mise-en-scene is doing it’s job effectively, by setting the mood for the scene. This is especially impactful when the art department works closely with the Director of Photography to light the set, as lighting can have a big impact on the mood the set evokes. Colours and levels of brightness can communicate indirectly with the audience, telling them how to feel during a scene.

When you first read a script, you’ll notice brief character descriptions when characters are first introduced. These descriptions needs to be communicated to the audience in the final film or episode. As I’m sure you’ve heard, it’s often recommended to ‘show not tell’ in filmmaking, so giving the viewer an impression of the character’s personality through their surroundings can be more impactful and tasteful than them showing their character’s depth through expositional dialogue.

These characteristics can be shown through their home for example, their decor, the colour of the walls and the items they keep in each room, the same applies to their office, their car and any other place they would spend a lot of time in. A character can’t just be driving in their car, the designer needs to think: Would they have an expensive car? An old or new car? Would it be clean or messy? What might you find on the floor of the car if you looked around? This is a subtle and clever way to show the audience who this character is.

Because the set design has such a distinct effect on the film, great directors work alongside the production designers to highlight the story’s themes. The theme is what drives the plot, what intrigues the viewer, the theme of a film for example could be ‘humans vs. nature’, or ‘capitalism’. Even when the theme itself isn’t being directly addressed by the plot, it should always remain in the look of the film.

Audiences may not always grasp every line of subtext in your dialogue, but images have a power that can connect deeper as they represent what is being said for those who don’t understand through text alone. Even if they are not consciously noticing these elements, their experience is still being affected by them.

So when you begin with designing and planning the set for a film project, think about the key themes that the director wants to exist in the film and figure out how props, sets and colour can reveal these themes subtly (or obviously if that’s what the creator wants) to the audience.

When preparing to design a film or TV production, make sure you work closely with the Location Scout. If you’re working on a low budget film, then you should collaborate closely with the production team to find the best location for your set ideas. Finding a location which matches yours and the director’s vision, could save you a lot of time as well as the production a lot of money. A genuine location, which only requires decorating, might also end up looking more realistic on screen.

However, if the necessary location simply does not exist, and enough of a production budget does, you can build it from scratch. If building a set like this is essential, make sure you communicate this right away to production to ensure they provide enough money and qualified crew to help you. 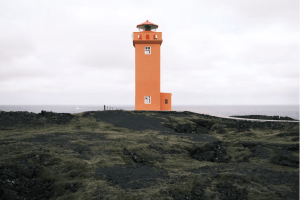 Most production design work is completed throughout the pre-production stage, working closely with the producers, director and art directors, as well as any other relevant department to communicate everyone’s needs and opinions clearly. When creating a film, it is essential to have a clear vision of what you are trying to achieve. A mood board is one way to convey this vision and bring your ideas to life. A mood board is a collage of images which function as a visual representation of the film’s concept.

By using images and other visual elements, a mood board helps you to capture the emotional tone and artistic style of your film, giving you a strong foundation for moving forward. Whether it is stills from your favourite films or inspirational quotes from great works of literature, there are many different types of visual elements that can be included on a mood board. Ultimately, by developing a clear vision at the outset, you can greatly increase the chances of creating an engaging and successful film. So if you’re looking for an effective way to start designing the project’s set, don’t forget about the power of the mood board.

Use it to show the colour palette, light levels, props and general aesthetic of the project. This helps narrow down the film idea into a digestible and clear vision. Once the production designer has created a mood board, they can show this to the DOP and director to ensure it matches their visions and they are all on the same page about the look of the film.

Good production design is essential to a film’s success. Whether it is a gritty crime drama or an epic sci-fi adventure, the look of the set can have a huge impact on how the viewer experiences and responds to the story being told. A well-designed set will help convey the mood and tone of the film, creating an immersive and believable scene that draws in and engages spectators.

Set designers must carefully consider not only the physical layout of each room and location, but also all the little details within it: furniture, props, light fixtures, even paint colour choices can affect both how a set is perceived and its overall impact on audience engagement. In addition, good set design requires careful planning from conception to completion; there are many complex factors that must be considered to create a cohesive and visually stunning final product. Ultimately, good set design helps tell the story by providing viewers with an immersive glimpse into another world. And in Hollywood, good set design can be a key ingredient for success.

Step Up Your Production Design With These Helpful Tips

If you found this article helpful, why not share it with your friends and followers who are interested in the art department of films? If you want to read more tips for video production, check out Nostairway’s other blogs, such as 10 Tips for Shooting Videos with a Smartphone, 5 Tips on How to Pitch Video Concepts, 10 Tips on Starting A Production Company, 5 Tips for Filming Interview Production and more.