A guide to continuity mistakes and how to avoid them 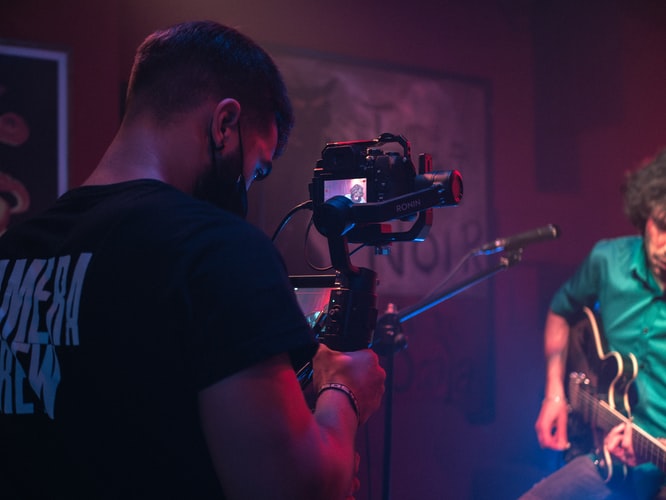 Video production requires lots of different tasks to be kept track of. All the elements in an individual scene can be hard to keep up with. This can present obsacles for continuity which is an important aspect of storytelling. However, continuity errors are very common and can happen in every production, whether a small scale video production or a Hollywood movie.

In this article I will tell you the different types of continuity errors and how they can be avoided.

Continuity ensures that video is realistic through ensuring that shots are consistant with eachother. for example, if an actor picks up a drink in their right hand in a close up shot then they need to still be holding it in their right hand if the camera cute to another ange. Continuity is tricky because shots can be minutes, hours and days apart and they may be shot out of order.

An establishing shot is the first shot in a scene that provides the audience with a sense of space and time. This is where continuity errors can easily occur. That is because the overview of the shot lets the viewer see where everything is, so be careful for errors here

The Five Main Catagories of Continuity

The most common errors are in props and costume. For example, a character drinking from a Bud Light bottle in one shot, and a Stella bottle in another.

This is where the actors actions differ from take to take, creating inconsistencies. Acting discontinuity could include an actor looking in a slightly different direction when talking to another character off screen.

Plot continuity isn’t visual, but worth including anyway. Proplems with the plot often occur in the script or if actors imrprovise and the story doesn’t line up also called a “plot hole”.

Errors in time continuity show scenes to have different weather, lighting or seasons. something that could give away time incontinuity would be a longer shadow from shot to shot because of a different time of day, or different coloured lighting because of season changes.

The quality of video and audio could change if equipment or setting change. This would cause problems with continuity. This can be avoided by the cakera and sound operators using the same equipment in the same settings.

Why it is Important to Avoid Continuity Mistakes?

For the sake of the audience and their attention span it is important to not have any continuity errors. If there are plot holes, or visual inconsistencies then the audience may be distracted from your characters and story an end up focusing on the mistakes.

How to Avoid Continuity Mistakes in your Video Production

Of your set, costume, actors, makeup, props. This way it is much easier to set things up in the same way when shots are taken at different times.

These reports should contain details such as weather, props, camera settings, screen direction and so on.

This will minimise the risk of forgetting details, the weather changing, the season changing or the setting chanhging at all.

Get a script supervisor.

Larger productions will employ a script supervisor as continuity is a huge job and can be overwhelming for other crew members to take on. A script suporvisor’s sole job will be ensuring there are no continuity mistakes.

If you get to post production and find annoying continuity mistakes in your shots then these can often be fixed with editing. Something like a drink being held differently from hot to shot can be cut or removed from the frame.

Take a look at Nostairway’s recent creative video production where some minor inconsistencies had to be fixed through editing.

now, ofetn professional actors and actresses for screen will be skillful at avoiding continuity mistakes, but they still happen. In the cases where they do happen, you can use alternative shots or B-roll to cover them up in editing.

When it all goes wrong…

Mistakes happen, so here’s some examples of them.

And here’s an educational video to round it all off…