4 Things To Know About A Film Post Production Company 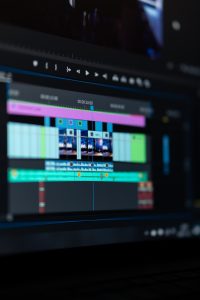 Here are 3 things to know about the film post production company.

A film post production company does lots of things. They work with the film producer to get the film ready for distribution. This includes doing the final edit, color correction, and sound mixing. They also create the film’s marketing materials, such as the trailer and posters. And they can distribute the film to theatres and on-demand services. But a film post production company doesn’t just do all of that work behind the scenes.

They usually have a team of people who work on the business side of things. This includes finding investors, negotiating contracts, and managing the film’s budget. Without a film post production company, a film would never make it to screens.

A film’s sound department is responsible for all the audio in a film, from music to sound effects. A film production company will often have its own sound department, which is made up of sound editors, mixers, and other engineers. The sound department works closely with the film’s editor to ensure that the audio is properly synced with the visuals.

to help filmmakers get the most out of their film. One of these services is ADR, which stands for automatic dialogue replacement. This is a process whereby the 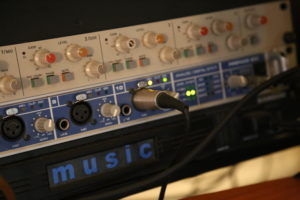 While ADR can be a useful tool for filmmakers, it is important to remember that it is not always necessary or appropriate. In some cases, it may actually damage the film’s overall quality. As such, it is important to consult with a professional film post production company

Editing Is An Art-Form Unto Itself

A lot of times people think that the film post-production process is all about adding special effects and doing complex edits. While it’s true that these things are important, it’s also important to remember the basics of editing.

Straightforward cuts and transitions may not be as flashy as some of the other things that can be done in post-production, but they’re still essential for putting together a coherent and visually pleasing film. film post production companies shouldn’t forget the basics in favor of more complex techniques. A well-edited film will always be better than one that relies too heavily on special effects.

here’s an example of the trailer to the award winning film – 7 Hours on Earth – on which Nostairway did the film post production.

You Know The Score

Music is an important part of film post production, and a film composer is often brought in to create an original score or source music for a film. A film composer works closely with the film’s director and editor to create a score that enhances the film’s emotional impact and furthers the narrative. In recent years, there has been an increase in the number of film production companies that are starting to specialize in scoring for film and television.

These companies often have in-house composers who are familiar with the specific needs of the film industry and can create a score that perfectly compliments a film. As the demand for quality scoring continues to grow, these specialised film post production companies are becoming an increasingly important part of the film industry.

A great source of info on the role of a film post production company can be found on this trusty Wiki page.