Audio post production is the process of editing and manipulating recorded audio to create a desired sound. This can be done for a variety of purposes, such as to improve the quality of the recording, to make it more listenable, or to add special effects. Audio post production can be used on anything from music recordings to dialogue in movies. In many cases, it is essential in order to create a professional-sounding final product.

There are a number of different stages involved in audio post production. First, the recorded audio must be imported into a digital audio workstation (DAW). From there, it can be edited and processed using a variety of software plugins and tools. Once the desired sound has been achieved, the audio can then be exported and outputted in the desired format. Audio post production is a complex and technical process, but when done correctly, it can greatly improve the quality of any recording.

Or EQ. EQ is used to adjust the balance of low, mid, and high frequencies in an audio track. By boosting or attenuating certain frequencies, EQ can be used to fix audio problems or enhance the overall sound of a track. When used judiciously, EQ can make a huge difference in the quality of an audio recording. However, it is important to remember that less is often more when it comes to equalization.

Too much EQ can cause audio problems such as muddiness or shrillness. As a result, it is important to use EQ sparingly and only make small adjustments to the frequencies that truly need to be changed. With a little practice, anyone can learn to use EQ effectively and take their audio recordings to the next level.

In many cases, audio post production house is also used to add: 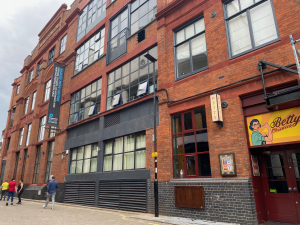 Foley sounds are recorded Audio clipse that are meant to replace or supplement the Audio that was originally recorded. For example, if there is a scene where a character is walking on gravel, the Audio team may record Audio of gravel being crunched and then add that Audio in during post production. This helps to create a more realistic and immersive experience for the listener.

Foley sounds can be useful in a variety of ways, and they are an essential part of the audio post production process.

An Audio post production house is a critical part of the filmmaking process, and it can make the difference between a good film and a great film. While some filmmakers choose to do all of the audio post production themselves, most films are now edited by professional sound editors who have experience in the field. If you’re looking to edit audio for your next film project, there are a few things you should keep in mind.

First, always start with a high-quality recording. Second, take your time and don’t be afraid to experiment. And finally, work with a professional sound editor if you can. With these tips in mind, you’ll be well on your way to creating great audio for your next film.

Audio post production house (ADR) is the process of re-recording audio in a more controlled and quieter setting, usually in a studio. This allows for greater control over the final sound of the film, and can help to fix any problems with audio quality that may have occurred during filming. ADR is often used to record dialogue, but can also be used for foley work or other sounds.

The process usually begins with the film’s sound editor extracting the desired audio from the film’s soundtrack. This audio is then played back to the actor or actress, who lip syncs their performance to the existing audio track. The new recording is then mixed back into the film, often with the help of a sound designer.