Some of the best films set in London 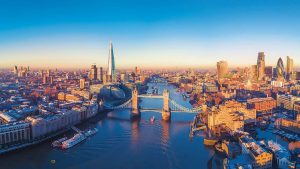 If you live in London you’re probably aware of how many productions this big city attracts, you may have even walked past a film set at some point. So let’s take a look at some great films set in London.

As with other lists I’ve written, this is in no particular order as I really struggle to rank the things I like, especially when each film is so different. 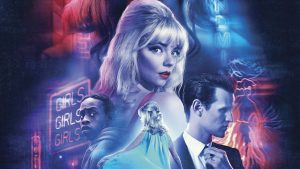 One of the most recent examples of great films set in London, which uses many recognisable locations, especially around Soho (obvious, I know). Edgar Wright surprised his fans last year by branching out and directing a horror.

I was lucky enough to catch this at the cinema, followed by a Q&A with Wright, who spoke about the difficulties of shooting a film in such busy London locations. I guess council permits don’t get any easier, even when you’re that famous.

The film follows a young girl who has moved to London to attend UAL and study fashion. Fascinated by the 60s, she begins to visit that era through her dreams, living through an aspiring singer of the time. However, everything takes a dark turn for her as she realises this singer’s life was not all glamour.

Edgar Wright mentioned being inspired by how “someone has died in every house in London” and how there are ghosts everywhere in this huge city. 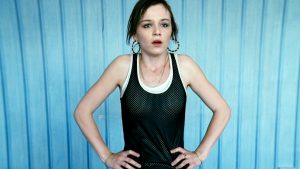 A unique, British, coming of age drama by Andrea Arnold, Fish Tank tells the story of a 15 year old girl, neglected by her mother and determined to pursue her passion for dance.

This film shows a very different side to London life. Last night in Soho shows the life of economically privileged art students, studying at a prestigious university and living in a part of London that most of us would find financially unimaginably to move to, whereas Fish Tank shows what life is like for a working class family in London.

The film expertly handles topics like family relationships and the experience of being a teenage girl, making it one of my favourite films set in London. 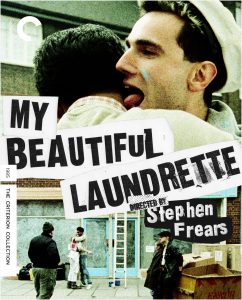 This is one of my favourite LGBT+ films of all time, I was amazed by the brave depiction of same sex love, considering how long ago it was made. Stephen Frears’ often used his talent as a director to tell real stories and expose class and personal struggles and did so with this film to represent gay men, the working class and immigrants in the UK all at once.

A couple reunites after one of them falls victim to a racist attack and they decide to run his family’s laundromat together. We follow the couple as they face adversity and different struggles, trying to make their business successful and safely be in love.

It makes sense to me that this is one the many films set in London, as it’s where countless people move to from around the world to find success and in many cases societal acceptance. 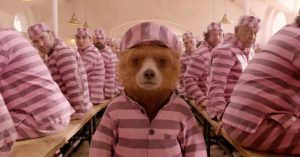 I realise these are 2 films, but I couldn’t resist including both of them in this list, as I have such a soft spot for this lovable little bear.

I spent years assuming this was just another children’s movie about a cute animal, why did nobody tell me how great it was? Or that it looks just like a Wes Anderson film? I don’t care if you consider yourself a ‘tough’ person, if you’re about to watch these films for the first time you should have some tissues near you, because you will tear up at least once.

As you’d expect from the title, the film is shot and set in London, as the young bear arrives at Paddington station seeking a new life. He is quickly adopted by a local family, but not immediately accepted by them, and has to face many challenges before settling in to life in the city. A film for all ages, Paddington is easily the sweetest of the many films set in London. 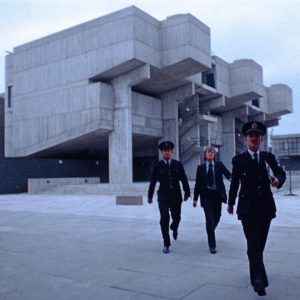 This one is an exciting example of films set in London for me, because it was filmed at my old university campus, in fact the building in the photo attached was my lecture centre for 3 years at Brunel University.

Stanley Kubrick may have had some questionable directing methods, like pushing his actors too far or resulting in them being injured, but I can’t deny he was a brilliant filmmaker. In fact, Clockwork Orange was one of the first movies to inspire me to pursue filmmaking.

The film uses the signature brutalist architecture of London, especially Brunel, to recreate the strange world in Anthony Burgess’ book about a violent man who reduces his prison sentence by participating in an experiment.

For more examples of great films set in London, you can check out Time Out’s list for 32 of them.

For more articles about films, video production and the creative industries, check out our blog page on the Nostairway website. And for any film or video needs, contact us here for a chat.