Workspace is a great space for creative production companies. The location is great, the breakout areas are impressive and the coffee in Chiswick is to die for. The Barley Mow sits in the heart of Chiswick, surrounded by trendy and sophisticated restaurants including a Michelin star restaurant. Surroundings make working at The Barley Mow pretty amazing. 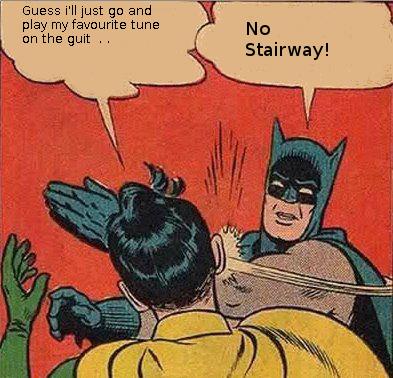 Our experience as one of the creative production companies here

Our experience has been great. I am a person who finds it hard to work in some places. At university, I hated writing essays in my bedroom. I would focus more in an environment full of people studying or working.

A survey carried out by Loughborough in 2005 stated that “when people choose particular spaces the most important factors are the physical environment (selected by 69%) followed by low noise levels (selected by 62%). The survey showed that the majority of Library users (55%) are in the building for over 2 hours when they visit”.

I love working in the break out area. It’s very calming and there is plenty of places to sit so that your work experience is different every time. During the summer months, it’s the best place to be because the air conditioning in there is excellent (especially if you have hay fever like me).

Our previous office in Teddington was somewhat ok. The offices were nice but they didn’t work for us because creative production companies need a space that isn’t predominately glass as it effects the sound quality when we record things like voice reels. It is important that we get as little echo as possible to keep the quality of our audio at the highest standard every time.

The Barley Mow is also a great place for video production as it has stunning scenery and charming architecture.

Our clients are always enthusiastic to visit us in Chiswick because its great location. One client said: “I enjoy travelling to the new office because of the lovely atmosphere of Chiswick. It is a great location to travel to because of the accessible transport although I do drive when necessary”. There is a certain buzz about Chiswick that just makes it an exciting place to be.

Why other creative production companies should work here

The Barley Mow is a very stylish office space in Chiswick. Chiswick is one of many locations across London. Creative production companies such as Nostairway Creative, enjoy working in a trendy environment. Their unique offices and huge break out areas make it the perfect place to just sit with a laptop, a snack, a drink and some earphones to get you in the right headspace for your work.

Click here to explore the right location for you

Workspace is very customer focused and have accommodated us very well. Our office space is on the 3rdfloor and is a nice space for us to get into what we do best – creative production. Workspace have made our company name very accessible for out clients to see when they come and visit us. On the front of the Barley Mow building, our company name sits proud on there navigation menu so that our clients know where in the building to find us.

Our company does hold meetings from time to time. We have peace of mind that we will always have a space to use when we need it. Workspace provides quiet, airconditioned meeting rooms to ensure our comfort comes first. You can plan ahead too and book your meeting room with their form that’s easy to fill out.

The history of Chiswick

Work space was first established way back 1987. The company didn’t offices at all, in fact they consisted of 18 industrial estates. In 1993 the Workspace group listed on the London stock exchange. Today the company has four million sq. ft of business space.

A few years later Workplace decided to think big and build more properties in London, selling their existing properties in the West Midlands. In 2006 Workplace teamed up with Glebe developments for £146m and 1.2 sq. was transmitted to the new business venture.

Workspace decided to terminate the partnership with Glebe developments and got a cash payment of £30m in 2014.

In 2021 Workspace currently owns 58 properties across London which is home to over 3,000 businesses.

The Beatles made their mark

Here is a fun fact. Over 50 years ago in 1966, The Beatles performed two of their most famous songs in West London. The band performed ‘Rain’ and ‘Paperback Writer’ in the grounds of Chiswick House of promotional films.

Chiswick House and gardens trust have become a popular location for events. The grounds had a major refurbishment back in 2010 so that the location could accommodate other uses. The budget for revamping this space was £12 million. Many people this space for weddings, fashion shoots, and filming. This estate has become something of an iconic place for creativity, long after The Beatles made their mark.

Chiswick is well known spoiling its visitors and residents with several different coffee shops in the high street. As a regular coffee drinker, I love that Chiswick accommodates my coffee needs. There is a certain charm that Chiswick has to offer. Aside from the busy popular high street, there is also breath-taking scenery that will give your working experience tranquillity. Turnham Green is a beautiful open space that is perfect for having a little picnic on your lunch hour. The green is a 2-minute walk away from The Barley Mow which makes it even better.

Chiswick is home to the famous Fullers brewery. Beer has been brewed in this part of London for over 350 years. During the 17th century it was common for people to brew beer in their houses if suitable. Several year later, a particular brewhouse ended up in the gardens of Bedford House on Chiswick Mall. A second brewhouse was making beer in a cottage nearby, owed by Thomas Urlin. The widow and son in law of Urlin inherited the cottage when he died. The son in law Thomas Mawson decided to claim the title as the new manager and start an enterprise for the brewery company. Mawson bought The George public house and additional cottages to accommodate the brewery for £70. Later on, he brought the brewhouse on Bedford house and is now honoured through the Mawson arms today, located on the grounds of the brewery.