Contents hide
1 Documentary production and how to create engaging films
1.1 Pick a topic
1.2 Know your style
1.3 Decide the length
1.4 Cinematography
1.4.1 Choose a visual style
1.4.2 Create engaging shots
1.4.3 Light your interviews well
1.5 Be prepared for it to change

Documentary production and how to create engaging films 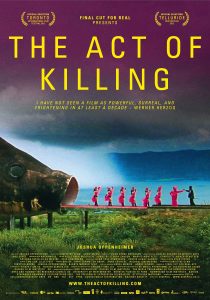 Documentary production is very different to other forms of filmmaking, because you never know exactly what you’re going to film. You can plan your project as much as possible, but still can’t fully script the content you’re going to get.

So let’s take a look at the preparation and work that goes into documentary production to ensure it is interesting and visually appealing to its audience.

First things first, you need to decide what you want your documentary to be about. It can be about a wide concept, like climate change, a large group like an activist organisation, or even an individual person. Nothing is too big or too small to make for an interesting film, just make sure it’s something you’re passionate about, if you care enough about it, the viewer will too.

Of course you’re going to want to be original with your idea, make something that stands out, but you probably won’t be 100% original. This is because pretty much everything has already been done on some scale in the film industry. Don’t let that stop you from making the documentary you want! Just because something has been done before does not mean your version won’t stand out, just make sure you approach it in a different way.

An example of a documentary which mainly focuses on one person, but managed to become a global phenomenon, is Tiger King:

Make sure you know the documentary style you’re aiming for, see Elements of Documentary Production Pt. 1 for the 6 documentary modes.

Don’t let those modes restrict your documentary production, you can absolutely combine those different styles. For example, participatory and reflexive documentaries have many common elements that can be combined in one film, or you could add poetic elements to any documentary if you have a more experimental approach to filmmaking. 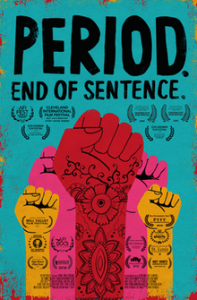 Obviously you won’t know the exact length of your documentary until it’s edited, but it’s important to have an idea of the length your aiming for. Firstly, is it a feature or a short? If you’re relatively new to filmmaking or if you have a small budget and minimal resources, then a short is probably the way to go. Now the length of a short may depend on what festivals you plan on submitting your project to.

A film can usually be considered a short if it’s under 50 minutes (for example at Sundance Film Festival), although some festivals define it as 40 (like at the Academy Awards). Most narrative short films do well if they’re under 10 minutes, however documentaries can be successful at festivals while longer, at around 20 minutes. So technically a short documentary can be between around 5 minutes and 45 minutes. 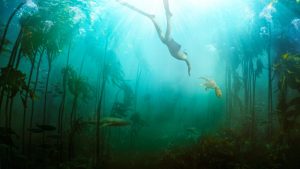 Although documentaries are mainly meant to be interesting, visual appeal is still very important and can help you attract a wider audience and more success at festivals. A helpful resource is ‘Ken Burns’s 5 Tips for Documentary Cinematography’.

And make sure you maintain it throughout the film, consistency in style makes films easier to watch and enjoy.

Ken Burns avoids reenactments, and I agree with this approach. A symbolic image can often be more powerful that a staged portrayal of events.

Make sure you’re lighting all your sit down interviews properly, with a key light, a back light and if necessary and fill light. And again, try to maintain this type of lighting throughout all your interviews. 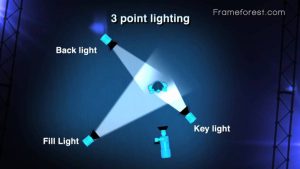 Be prepared for it to change

You will start your documentary production with a specific idea in mind, but that might drastically change once you start filming or you’re in the editing room looking at your footage. Don’t be afraid of this! The film will ultimately end up being what is most interesting, if you come across something during production which you think would make a better focus point, then adjust and make it about that instead. Documentary production requires flexibility more than any other form of filmmaking.

If you have a documentary idea that you want to see come to life, you can contact Nostairway today and we can help you make that happen.