Contents hide
1 Elements of Video Production In London
1.1 It’s in The Script
1.2 What Comes Next
1.3 We’re Putting The band Back Together
1.4 Like The Proverbial Cheque, It’s In The Post
2 That’s Nearly All Our Elements of Video

Elements of Video Production In London

There is no doubt that video production has become an essential element of any business’ marketing strategy. However, producing a high-quality video can be expensive and challenging for small and medium-sized enterprises (SMEs). In this blog post, we will explore the essential elements of video production and discuss some tips for SMEs looking to make a great impact with their videos. Stay tuned! 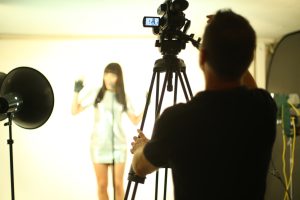 Any video production, whether it’s a Hollywood blockbuster or a low-budget independent film, requires a number of elements to come together in order to be successful. In London, there are a number of companies that specialize in each of these elements, from pre-production through post-production.

The first step in any video production is pre-production, which includes everything from developing the initial concept to securing funding and securing locations. Once the pre-production phase is complete, filming can begin. During filming, the director works with the cast and crew to capture all the footage needed for the project. Once filming is complete, the post-production process begins.

This includes editing the footage, adding special effects, and creating the final product.

Each of these elements is essential for any video production, and London has a wealth of resources and talent to make any project a success.

It’s in The Script

The first element of video production is usually in the writing. A script or a storyboard will be used to map out the narrative arc of the video, and this will determine the overall structure and flow.

There are a few elements to keep in mind when writing a script for a video production. First, you’ll need to consider the purpose of the video. Is it meant to educate, inform, or entertain? Once you know the purpose, you can start to craft a storyline that will achieve that goal. Next, you’ll need to think about the visuals.

What kind of images will help tell the story? Finally, you’ll need to consider the audio. What kind of music or sound effects will enhance the viewer’s experience? By keeping these elements in mind, you can write a script that will make for an engaging and successful video production.

Once the script is finalised, the next step is to begin assembling the team who will bring the project to life. This will typically include a director, cinematographer, and editor, amongst other roles.

When it comes to putting together a team for a video shoot, there are a few elements to keep in mind. First, you’ll need to decide what kind of video you’re shooting and what your budget is. This will help you determine how many crew members you’ll need and what kinds of equipment you’ll need to rent. Once you have a good idea of your needs, it’s time to start assembling your team. If you’re on a tight budget, see if you can find some friends or family who are willing to work for free.

Otherwise, start by hiring a producer and director. These are the two most important crew members, as they will be responsible for overall creative vision and budget management. From there, you can add additional crew members as needed, such as camera operators, grip and lighting technicians, editors, and sound designers. By taking the time to put together a strong team, you can be sure that your video shoot will be a success.

Once the team is in place, the shoot can commence. This is where the majority of the footage will be captured, and it is crucial that everything runs smoothly. So, the Elements of Video Production In London are coming together.  It’s handy to have a look at what constitutes a videographer, at this stage, so we can better understand what follows. Check out this article.

We’re Putting The band Back Together

Anyone who has ever been in front of a camera knows that there is more to a great video than just turning on the recording device and hitting record. There are a number of elements that go into making a high-quality video, and each one needs to be given careful consideration before the shoot begins.

For example, the lighting needs to be just right in order to create the desired effect. The sound quality is also important, as poor audio can ruin an otherwise great video. The angle of the camera and the framing of the shots are also critical factors to consider. By taking the time to prepare for a video shoot, you can ensure that all of these elements come together to create a final product that is both professional and engaging.

Once the shoot is complete, it is then time to start putting everything together in the edit. This is where all of the elements – footage, audio, music – will be brought together to create the final product.

After the initial footage has been captured, the video post-production process can begin. This involves editing the raw footage, adding special effects and graphics, and incorporating additional

audio elements. The first step is to assemble the footage in the desired sequence. Next, any unwanted elements (such as bad takes or irrelevant scenes) will be removed.

Then, the remaining footage will be edited for pacing and continuity. Once the basic edit is complete, any necessary special effects or graphics can be added. Finally, the audio track will be finalized, incorporating music, sound effects, and voice-over elements as needed. Once all of these elements have been brought together, the final video product will be ready for distribution.

That’s Nearly All Our Elements of Video