Everything You Need To Know About Video Production.

Welcome back to our series about everything to do with video and film production crew! Here we explain every key role on a film set and how filmmaking works. Whether you want to be in the industry, or just want to learn more about filmmaking, we will provide you with all the information you need right here. Today we are talking about The Film Producers Role. 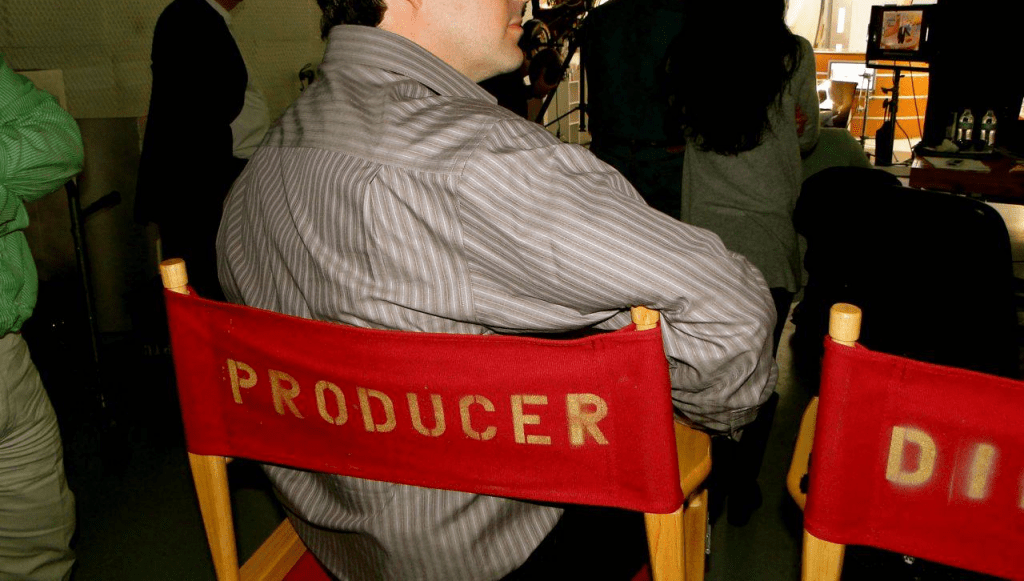 What does a Producer do?

A producer’s job involves all the planning around a film and video production, they are usually the ones in charge. They plan, coordinate and manage around the movie’s script, casting, directing, editing as well as sorting out the finances, marketing, release and finally distribution. The producer is the building blocks and the spinal cord of the films entire production, they should know the ins and outs of the entire production.  The producer handles a little bit of everything and is therefore indispensable. They are in charge of getting the script perfectly written, getting money and sorting out the budget, talent gets hired, contracts are signed, production schedules are drawn up.

A film producer or producer(s), can work for a specific production company that entails many people or they can work independently to oversee the films production. But there are many different roles with the name Producer in them and they tend to confuse people and leads to not understanding the film producers role, how important they are:

Producer –  The big Problem- Solver. They initiate, supervise, manage production which can be a TV show, a Film, an Online Series, Video and Commercial production. They are usually very involved in the creative decisions or start the whole creative process and this is the film producers role.

Executive Producer  – Usually, the financiers and money leads. They usually just get the title but don’t have much in put with creative decisions on film and video production. They source and secures finances for a film production, either through an independent company or studio. Their biggest priority on set has always been making sure there’s enough money left over at completion!

Associate Producer – An associate producer is a below-the line producer who works under the supervision of another. They are often referred to as ‘AP’s,’ and their job includes making editorial decisions when assisting video editors in shot selection – they may be asked by this person or his/her assistant with writing copy that matches what was captured on tape.

It’s considered “below-the-line” because they’re sort on the bottom of the totem pole – they don’t make any final decisions, they assist those that do. But becoming an AP is a great role for the writer interested in producing, and it’s a great jumping off point for your career.

What does the  Pre- Production Process entail? 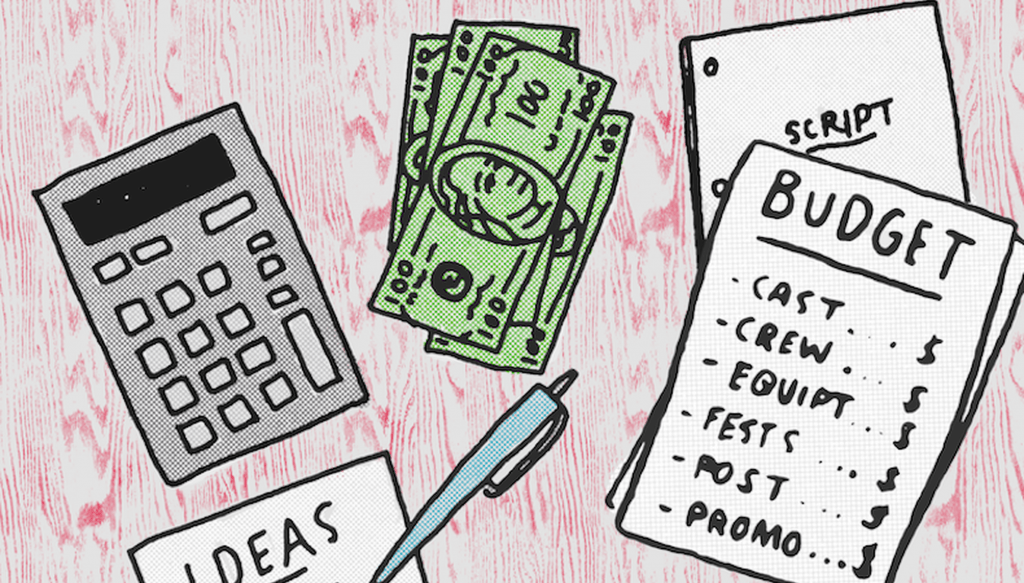 The Film Producer Role will start by taking lead and deciding on what project they want to make. Then hire a Director, a Screenwriter and the rest of the crew to make the movie come alive. Or, a Director/Writer will find a Producer to producer their film. It usually all starts with an ‘idea’. The Producer comes up with an idea or selects a screenplay and or possibly a screenwriter, they secure the rights behind the story.

The Film Producers Role will then be to hire a director who might influence the shooting script further and together, they will develop and evolve the source material. The producer will then go on to hire the rest of the creative team and crew, cinematographer designers, choreographers, animators, musicians, et cetera.

The Film Producers Role  will then be to have meetings with all crew and heads of departments to ensure there is a clear communication and vision on what the film is going to be and the process around that. The producer then goes on to be the mediator between all departments and this is key to making sure that the film and video production process goes smoothly.

They then go on to liaising with a casting director and the director to hire the talent, they are present in auditioning, hiring, and rehearsing.

The Film Producers role doesn’t stop there! They then go on to work with a location manager to pick out all the best locations/ studio spaces. Once all crew members and production is developed, such as production design, music, et al. Then the producer will start writing and signing contracts!!  The most fun bit of any film producers role.

Film producers role then proceeds to approving the locations, studio time, shooting scripts, schedules and all budgets. Once that is all arranged and finalised, the smooth organisation of pre-production means that it will reduce the waste of time and money during production and production can start off nicely. Film Producers role on production is crucial, they are the point of contact for day to day operations, and must prepare an efficient and easy to follow production phase plan, and great schedule and detailed budget which the director and rest of the film crew will follow throughout the production time.

The Film Producers role on production will also be to approve changes and sort out any troubles, from financial, to location to equipment during the whole of production. They are the main person to report to if anything goes wrong.

During post-production, the film producers role will entail liaising with the director and post production team to work together on editing, visual effects as well as composing the score and mixing the soundtrack.  The producer also makes sure to get extra funding if the post-production team needs it, usually they ask the executive producers for more money.

The Film Producers role will then entail to prepare the release, preview screenings, plan marketing, promotion and distribution. 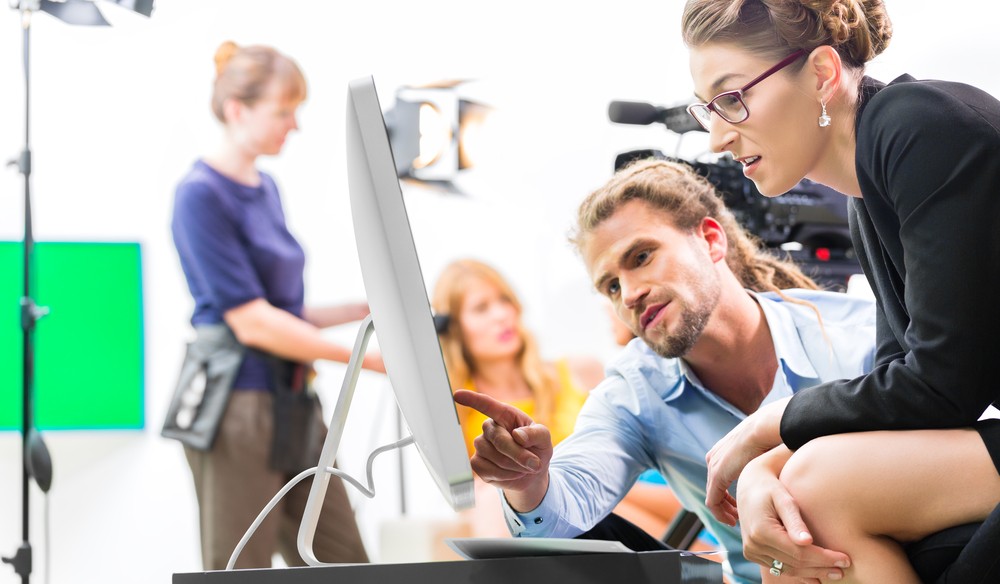 And even after everybody else is done with their role, the film producers role still continues. They still have to try and sell the film onwards with marketing strategies. Create a release schedule with the marketing team and sketch out the international tour of the movie and submit it to festivals and competitions.

The Film Producers role will be to negotiate the distribution rights, based on how much interests the film gets! 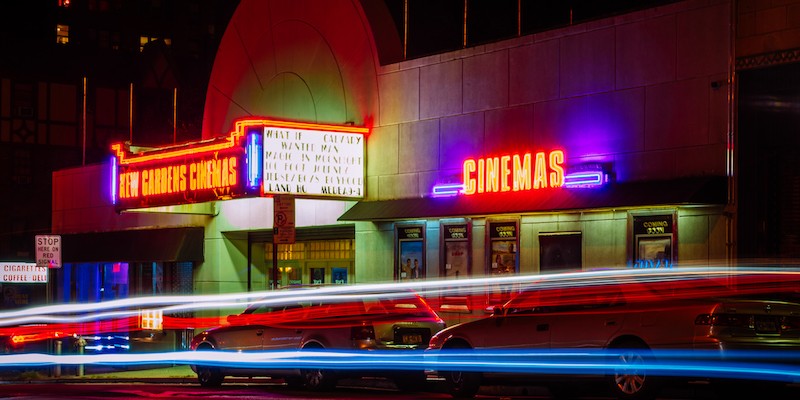 The most talented producers are able to take an idea and turn it into something that is both realistic, but still artistic. They have the ability of making your wildest dreams come true with their efficient production process!

If you’re looking into film producers role,  check out, how to become a producer.

To find out more about film producers role,  watch what does a producer actually do?