How Do I Get Voice-Over Work? 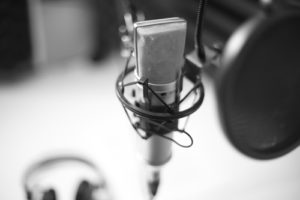 Do you need advice on how to get voice-over work? We got it covered! It’s not surprising as it’s an interesting profession, producing and performing. When Nostairway creative records really good voice-artists, it’s very thrilling.

People often see it as a glamorous industry. In many cases they visualise themselves in it mainly for vanity. This seldom works. Others have a genuine interest in working in the field and just need a little guidance.

The history of voice-over work

Voice-over production used to be the preserve of fairly large corporations. Recording studios were very expensive to build and charged a small fortune to those who could afford it for an hour or so of their time. Making, for instance, television ads was an expensive business, so when it came to costing out each section, the voice-over work budget was usually proportionately healthy. Advertising agencies went to established voice agents who proffered a selection of voice-artists, known or unknown, and the fees were more often than not equal to the average month’s salary.

£10k bookings are a much rarer occurrence these days, although by no means completely unheard of. The going rate for voice-over work has certainly come down and the main reason for this is technology. Digital workstations, affordable microphones and equipment have all contributed to the democratisation of the industry much in the same way as music production. And, as with all creative endeavours, this has resulted in a huge increase in the employment of voice-over work and the qualitative polarisation of the end products; sometimes an incredibly complimentary narration from an unexpected ameteur source, and on other occasions a truly dreadful offering from a presumed professional.

Generally, though, quality, and the expectation thereof, has gone south. This is where a young challenger can possibly clean up, particularly if you already have some audio production experience. For professional voice-artists, good quality voice-over work is a given necessity, but it won’t get you to where you want to be on its own. The ability to sell yourself as a voice-artist is more essential today than in any other part of sound production history.

Our experience in voice-over work

Nostairway once provided voice-over work for a client in the United States. The agency sent the client our voice file clean, without mixing it into the video and with no backing music. The client complained that the voice-over sounded “breathless” and they didn’t like it. It is good practice to take out all of the breaths when editing a voice over unless otherwise requested.

In this case, it transpired that the client had never heard a voice-over file that had been correctly cleaned up because they only ever budgeted for the artist alone, so the voice-artist had to use their own equipment and voice artists are not usually known for their audio engineering skills. Nostairway had to call and explain to the client that what they found strange was in fact good practice and resulting in broadcast quality audio. We were able to do it because we were confident enough in our work and SoI was willing to engage an unhappy client and give them the benefit of the company’s experience. It was our unique selling point. And it can be yours too.

How to get into voice-over recording

Well, half of this question has been answered above, inasmuch as the tools of the trade are no longer prohibitively expensive. The other half is really the holy grail of the industry. This will help ensure  voice-artists are well equiped.

Our studio was based at a well-known television studio complex called Teddington Studios. We were able to build a booth that isolated the artist adequately by converting a turret in the building – for more help in this field, take a look at what is a vocal booth and how to create one.

We received the occasional enquiry from the studios’ clients; mainly TV productions, but this would not have kept us very busy on its own. So Nostairway Creative set about marketing our facility. There were always voice-over artists, presenters, actors in the vicinity who needed a cheap or free studio for a demo and it was relatively easy to search them out – all social media channels and online publications and directories to start with.

This is where we honed our skills, not only as recording engineers but also as voice-over directors. When you start to work in the field of voice-over, it won’t be long before you are required to provide a little more than just the recording. You will be asked for feedback and this can vary quite a lot. “How did that sound” will be a very common question. We judged each situation on its own merits and responded accordingly. Do voice-artists really want to know that they have a screechy, painful voice? Is it our place to instruct an actor on their intonation? You are in a unique position to offer guidance even if you didn’t know it. For example, every line delivered by voice-over artists in a session should resonate in your mind as if you’ve heard it many times before. A particular nuance that an artist thinks of a nice touch, could well become irritating after a few listens. The trick is to imagine that irritation and, if it presents itself to you as a problem, say so. And all the while we would scrutinise the quality of the recording, looking for that perfect take and remembering each minute in detail of the set-up.

What makes a good voice over and voice-artists?

It got to a point where we felt we’d reached a pretty good standard in terms of the quality of the service we provided. By then, we had recorded quite a few artists from various backgrounds and levels (some of them even paid us) and we looked to expand our clientele. Compare everything, it is amazing how you start to spot artifacts in a recording you previously thought was good. It’s also a good idea to find an example voice-over that you admire and refer back to it from time to time.

There are several factors that go to make up a good voice-over. The artist and the equipment are the two obvious constants. But the engineer who sits in the session can make the difference between a good and a bad product. Nostairway once recorded an emotive voiceover for a training company. The artist was chosen for his deep, resonant voice based on a previous “inspirational” video he had voiced. The session went well and we were ready to wrap. Just an afterthought, we dropped some dramatic orchestral music under the voice to give the client an idea of how it would sound. The voice-artist heard it and insisted on having another, even more emotional, attempt. The client was caught up in the moment and neither he or the artists would listen to our reasoning.

We did another pass with the music played to the artist. Unsurprisingly, he went over the top, shouting in parts and generally hamming the whole script up. The client asked us to deliver THAT TAKE. However, the client had a client, the end user, who thought it was ridiculous and demanded another version by another artist. The moral of this tale is this: we had it within our jurisdiction to talk them out of what was clearly an act of over-exuberance, and we should have. The artist didn’t get to hear his voice in a major campaign and our client had to hire an artist and studio once more for the retake, at extra cost to him. Admittedly, we were paid for a second session.

Nevertheless, we let a voice- over session deteriorate to the point of it being rejected and when things go wrong, the person at the bottom of the food chain is where the buck stops.

How to pitch your voice-over facility

Marketing is probably the toughest part of voice-over. There are hundreds of production companies out there. The trick is to find them and contact them. Production companies have a reputation for having quite a high turnover of staff and, therefore, a habit of not retaining a full and up-to- date database of suppliers. Couple this with fairly tight time management and you can see the advantage of giving them a call regularly. These days, voice-over is often the last item on the agenda when a production company swings into action on a project. You can use this to your advantage by being there just as a production team realise they haven’t covered the voice-over requirements.

So, build your own database and trawl through it on a regular basis, emailing or calling just to keep your name at the front of their minds and your email nearer to the top of their inbox.

When you have sat many sessions, dealt with many “difficult” clients, taken feedback on your work and experienced criticisms you didn’t think were justified, you can talk about your work with the confidence required to secure more bookings through direct conversation. Voice-over is a peculiarly personable industry and potential clients tend to be people who have little time for research and who make many decisions based on a conversation. Our experience is that if the client feels confident that you know what you’re talking about, you’re more than half way to persuading them to hire you. However, one awkward question that you struggle to answer and you’re likely to lose the bid.

Nostairway is obsessive about audio recording quality and we often mention this to our clients. We tend to apologise for our obsessiveness and the client almost always tells us they’d prefer it that way rather than people who pay less attention to detail.

One of our favourite aspects of voice-over is ADR, or Automatic Dialogue Replacement, sometimes known as “dubbing”. This is where the artist is mimicking the speech of another artist on-screen in order to pass it off as theirs. Our composer recently did extensive ADR in the new feature film, 7 Hours On Earth.

This requires adding a reasonably sized video monitor to your shopping list but little more is needed as most DAWs facilitate video in the timeline these days. We often find that clients are impressed by a video monitor regardless of whether they intend to use it or not. On a practical level, however, you might find, as we have quite often, that upon spotting a visual monitor, the client will ask to use it even though it wasn’t in their original remit. If you’re ok with this, fine, but it might add unnecessary prep-work and may slow the session down.

Nostairway have been known, of occasion, to tell a client to edit their video to the voice-over rather than the other way round. This seldom goes down well, but to us it offers a solution to several editing headaches and the results actually look and feel better. So, if you are party to a project early on, try to get the voice-over booked sooner rather than when the client has called picture lock.

If we had to highlight one aspect of this article, it’d be the emphasis on quality. In a world where it is seemingly easy to produce breathtaking video, awe inspiring visual effects and liver shaking music beds, it’s easy to go with the flow and just provide adequate voice-over. It’s true that you have to sell yourself out there, better have something good to sell.

Here’s an example of a voice-over for Moonpig called Klaus The Xmas Tree.

What do you think about NOSTAIRWAY CREATIVE ? Share your opinion on Cylex!