How much history in production do you know?

How much history in production do you know? 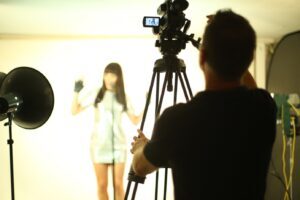 Film production has been around since the early 19th century. Film as we know it is constantly evolving with film technology. Here are six London video production companies that do amazing work within the film industry. We look at their recent projects and look at how they make their mark.

Academy films was first founded in 1985 by a woman called Lizie Gower. This London video production company made their most famous advertisement in 1999 which is said to be ‘the best commercial ever made’. The advertisement was Surfer for Guinness and I have to say, I think Academy films made the best advertisement in the 1990s era. The company went on to win ‘commercial of the year’ at a number of awards shows across the country as well as two D&AD Black Pencil awards. If this wasn’t impressive enough, Academy awards have worked with global companies worldwide including: McDonalds, Samsung, Pepsi, and Ikea. The company claimed their title yet again in 2014 and 2016 as production company of the year by Campaign magazine.

Unfortunately, due to covid 19 the company’s finances took a huge set back in 2020. That didn’t stop them! In the same year Academy Films released Three’s 5G campaign. Director Ian Pons Jewell created a spectacular insight to how he thinks Britain’s future will be. From three decker buses to hovering cars, this campaign is very impressive.

Music videos have also been a part of the companies’ greatest achievements, working with artists such as: Beyonce, David Bowie and Madonna.

Here is Three’s 5G campaign and I think you’ll enjoy it!

BBC stands for the British Broadcasting Company that was founded way back in 1922. The company was created by several wireless manufacturers including Guglielmo Marconi, an inventor and electrical engineer. Marconi had a London studio called 2LO in London’s Strand and it soon became the studio where they produced daily broadcasting services. London video production companies such as the BBC is one of the longest running production companies in the UK.

In 1922 John Charles Walsham Reith became general manager of the BBC. Reith was clueless about broadcasting however that didn’t stop him from innovating with chief engineer, Peter Eckersley. Reith and Eckersley’s work soon paid off as the company started to take off. By 1927 the British Broadcasting Company was finally established by the Royal Charter. In 1929, John Logie Baird started experimenting with frequencies and producing pictures that were black and white.

In 1997 the BBC’S news service was first launched and was the second biggest 24-hour news service in the UK. Today, the service can be accessed across multiple platforms such as smartphones and tablets. Later that year, Lord Birt (director manager at the time) saw great potential in putting the broadcasting service online. A trip to the states with the blue print in hand put this idea into place.

Many of you know Strictly Come Dancing as one of the most popular dancing competitions to ever be broadcast on British television. The original name of this show was actually called ‘Come Dancing’ that was aired between 1949-1998. During this time, the show wasn’t very popular among the public. It was only when the relaunch of the show aired in 2004 that Brits became hooked.

In 2007, new streaming technology introduced BBC iPlayer that offers people the chance to catch up on missed programmes without a subscription. This brings a new viewing experience that is accessible at a time that suits you. In 2010, BBC radio player was launched. This enables you to listen to your favourite podcasts on the go. You can also stream podcasts to your device and listen when you’re ready.

Hammer films is one of the oldest film companies in the world and was founded way back in 1934. London video production companies such as Hammer films have produced some of the most famous horror films to date including The Curse of Frankenstein 1957 and The Mummy 1959.

During world war ll, production for this company came to a standstill. Prior to this, Hammer Films made several films that were a hit including:

During the 1940s, business for the film company soon started to take off once again, as the demand for British produced films was on the rise.

During the 1950s, Hammer Films made several support dramas and documentaries that were used to be featured next to upcoming feature films. In 1951, Robert Lippert (an American producer), worked alongside Hammer Films to branch out to the American film market. This collaboration enabled the company to make films in the US. The film company focused heavily on crime thrillers such as Man Bait. In 1954, they made their first film in colour – The men of Sherwood forest.

One of the film companies most famous films is called Quatermass. This film took the spotlight as this horror was about what would happen if an alien virus was brought to earth? This film has gory special effects that brought a whole new meaning for the sub-genre.

By the 1980s the company decided to take another direction into television. Hammer Films produced two television series. Hammer House of Horror has the elements of horror with twisted dark humour. Hammer House of Mystery has more suspense and consist of three mini trailers. Famous actors such as Pierce Brosnan was featured in the series.

In 2010 Hammer Films returned to the horror genre and produced Let Me In staring Cholë Grace Moretz and Kodi Smit-Mcphee. This romantic horror film is a remake of the Swedish film Let The Right One In. This film received a lot of praise from fans saying that “it’s disturbing, has a cute romance and is legitimately terrifying”.

London production companies such as Hammer Films have produced many horror films that are still very popular today including: The Resident, Wake Wood, The Woman In Black, The Quiet Ones and The Woman In Black- Angel Of Death.

Click here to watch the Let Me In trailer

Click here to watch The Woman In Black – Angel Of Death

MPC was founded in 1970 and started out producing TV commercials in London. To date this company has several creative studios across the globe including: London, Los Angeles, Bangalore, Paris, Shanghai, New York and Amsterdam.

One of the earliest advertisements the company produced was the 1995 Reebok ‘The best team ever’ campaign. Football players were selected specifically for this advert to create the best game possible. This includes players such as: Ryan Giggs and George Best.

Who can forget the legendary 2007 Cadbury Gorilla Drummer advert? The iconic gorilla captured the nations heart with its enthusiastic passion for music whilst playing one of the most famous songs from the 1980s, In the air tonight by Phil Collins. Juan Cabral (Argentinian director who came up with the idea) said “It was the best meeting of all time,” he says. “My colleague pressed play and [Phil Collins’] ‘In the Air Tonight’ started to play and I began to read the script. By the end I definitely knew something was happening”.

London production companies such as Moving Picture Company have created some of the most revolutionary digital human work to date. Evian’s roller babies advert currently holds the Guinness World Record for the most viral video of all time. Watch the video below to see how MPC has used clever video production to deliver a fun and engaging message to encourage water intake.

Working Title Films was founded in 1984 and has been co-chaired by Eric Fellner and Tim Bevan since 1992.  This London production company is responsible for working on over 100 films that have grossed over $7.5 billion across the globe. Several films have gone on to win a combined total of 14 academy awards. These films include: The Danish Girl, Les Misérables, The Theory of Everything, Dead Man Walking and Elizabeth The Golden Age.

This company also have a number of critical and commercial hits which include some of my favourite films. This includes:

Some of their most recent films include: Mary Queen of Scots, Radioactive, The Kid Who Would Be King and Johnny English Strikes Again.

Our music composer (Rob Marshall) has been in the industry for over 35 years, gigging around London and Germany as a musician. Rob spent 15 years performing at various different venues whilst obtaining a degree in music and French. With a  degree under his belt, Rob decided to set up his own production company in the famous Teddington Television Studios and Nostairway Creative was born.

The company was founded back in 2000. We started out as a music production company and quickly became the go to production company for artists that were starting out in the business. We have over 15 years of experience and have worked with some of the countries most loved broadcasting and London video production companies such as BBC and ITV. We are a company that specialises in every aspect of production. As of 2021, our office is now based in lovely Chiswick which is very accessible to out clients. Our company has had several recording sessions on our new location and the clients enjoy coming to visit us.

Our most recent projects include our feature film 7 Hours On Earth. The film features actors such as Ramona Marquez, Byron Easmon, Rufiat Awolope, Gus Flind-Henry. Nostairway Creative are proud to reveal that we were involved in post-production, visual effects, dialogue mix, VFX, post audio production, ADR and credits.

See our test shoot below by two of the actors in our film.