Is cinema dying out?

Contents hide
1 Is cinema dying out?
1.1 Why are films so popular in cinema?
1.2 Is it nearly the end of the road for cinema companies?
1.3 Netflix is taking over

Is cinema dying out?

Cinema has been medium of mass for centuries and has become one of the biggest ways audiences experience and communicate ideas through storytelling. Cinema was first introduced in 1891 when a prototype for a device that combined images was created. This device contained: a camera, a projector and a film printer. Today, audiences have access to the most immersive cinema experiences that allows you to follow films in all their entirety.

Click here to learn about our top ten favourite  films

Why are films so popular in cinema?

Many films are loved for being nostalgic. I love this about films because it helps you remember something from your past. Getting the imagination going and making the impossible, possible. Here are some examples of nostalgic films that I just love: 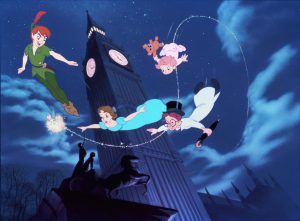 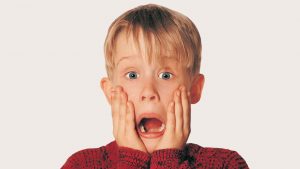 2. Home Alone – of course I have never been left at home by accident. I have however been left on a London bus. I remember being a little mischievous when I was a child. I used to sneak on the bus via the back doors all the time. One day, a routine bus journey became my mother’s worse nightmare when I got on the bus alone. The police were called and I was returned in the back of a police car. This film brings back that particular memory. It was of course not a fun situation for my family and I but certainly a fun family film. 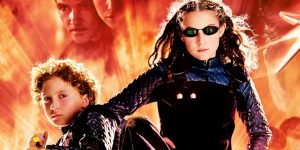 3. Spy Kids – I feel like every child wants to be a spy at some point in their childhood. Spy Kids put this fantasy into perspective with it’s amazing graphics, cool gadgets and funky characters. I’m still a huge fan of the Spy Kids films. I begged my mum to get those rocket shoes and the worlds tiniest cameras so that I could plant them around school and see which teachers were walking around. Sadly, those gadgets don’t exist but wouldn’t it be amazing if they did? 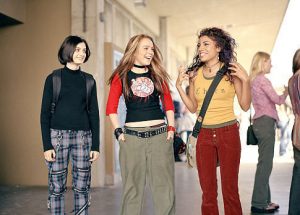 4. Freaky Friday – Have you ever wished so badly that your parent could take your place in boring school and then you can just go to work? I did! I used to want to trade places so bad because I thought school was boring. I’m not sure why I thought living life as an adult would be so fun. Turned out to be a lot harder! This film really brought that perspective of having the mind of a child but the responsibilities of an adult to light.

Is it nearly the end of the road for cinema companies?

Cinemas dying out is something that is definitely on the horizon. Film companies are of course still supplying film productions for companies such as: VUE and Odeon but will it last for much longer. Covid-19 has been a nightmare for us all. According to Statista, statistics show that cinema admissions have dropped down from 176 million in 2019 to 44 million in 2020. These drastic statistics could potentially mean that cinemas go out of business of numbers continue to decline.

Netflix is taking over

Being a fan of Netflix myself, I can see why this streaming service is taking over. It is so easy to access and the subscription fee in the UK is only £7.99. Bargain. Of course, you don’t get access to new films but that is what the cinema is known for, having the latest films. On the other hand, I love going to the cinema with friends and family. As a spectator and kind of a film critic (especially horror films), there’s nothing like sitting in the cinema munching on popcorn whilst watching one of latest films. I personally think that film productions are the most exiting when you are surrounded by others experiencing the same thing as you. Think about it. Netflix is a more convenient way to embrace a viewing experience. Going to the cinema is just an experience like no other.