Films in London cinemas to watch in preparation for awards season 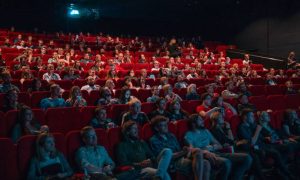 In my home, awards season is a bigger deal than Christmas, so you might not be quite as excited as I am about the upcoming BAFTA and Oscar nominations, but even if you are just a bit, this list is for you. Last year we couldn’t enjoy the most successful films in London cinemas before the award ceremonies, because of lockdown, so this year we should try to catch as many as possible. So whether it’s for date night, some me-time, or just an evening out with friends, these films could be a great way to spend that time.

This is a list of the films currently screening in cinemas (in no particular order), which have accrued the most Oscar buzz or have made the BAFTA’s longlist. 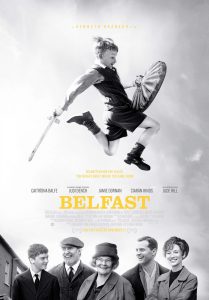 This is probably the film most consistently predicted to be nominated for Best Picture at the Academy Awards this year, as well as Best Director and many other categories. It’s already won 33 awards at film festivals, and has been nominated for another 195! It’s also longlisted for Best Film and other awards the BAFTAs.

The story follows a working class family in the Northern Ireland capital during the tumultuous late 1960s, with a focus on their young son’s childhood.

This has only just started screening at cinemas, so you have plenty of time to catch it. Due to its mainstream success so far, you can find it at most cinemas, like at Picturehouse Central if you like independent cinemas, but also at larger chains like Odeon. So wherever you’re based, you should easily find a screening of Belfast near you. 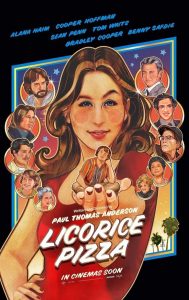 Paul Thomas Anderson’s new hit is one of the great films in London cinemas at the moment. It’s predicted to be nominated for Best Picture and Best Director at the Academy Awards and the BAFTAs. It’s already had 51 wins and 145 nominations at film festivals.

It is a coming of age comedy-drama about two people growing up and falling in love in the San Fernando Valley in the 70s.

Just like Belfast, you can catch this at most cinemas, from Watermans Art Centre Cinema, to most Vue cinemas. 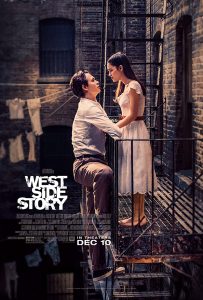 The full title isn’t quite as catchy Something’s Coming: West Side Story – A Special Edition of 20/20, but Steven Spielberg’s new adaptation of this classic is getting a lot of attention. It’s already won 38 awards and been nominated for another 200! It’s included in Oscar predictions for Best Picture, Best Director and more and longlisted at the BAFTAs for Best Film, Best Director, Best Adapted Screenplay and pretty much all the actor awards.

Two and a half hour musicals might not be for everyone, but if they’re your kind of thing, you should definitely add it to your own list of films in London cinemas to watch.

It’s already been screening in cinemas for over a month, but it must be doing well, as it’s on in many locations this week and next week. 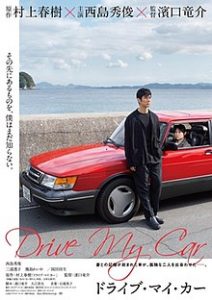 One of the few non English language films in London cinemas right now. Longlisted for 4 BAFTAs and predicted for at least 1 Academy Award, this Japanese adaptation of Haruki Murakami’s short story ‘Men Without Women’ is gaining momentum around the globe. It has won 54 awards and been nominated for a total of 72.

The story follows a widower playwright who forms a special relationship with his young chauffeur.

This is mainly screening at art house cinemas, like the Curzon, Picturehouse and ICA. It’s already been in cinemas for a while now, so make sure you catch it this week or next. 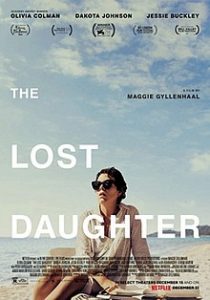 Although this is one of the great films in London cinemas currently screening, you can also watch it on Netflix if you’re on a budget, or if you’re isolating due to Covid. It is Maggie Gyllenhaal’s directorial debut and an adaptation of the book by Elena Ferrante.

It is taking the BAFTA longlist by storm, included in the lists for Best Film, Best Director, Best Adapted Screenplay, Best Leading Actress and more, with a few similar predictions at the Oscars too. It’s already had 26 wins and 86 nominations at other festivals.

Leda, performed wonderfully by both Olivia Coleman and Jessie Buckley at different ages, is on a beach holiday, when she starts to confront her unsettling memories of early motherhood.

Screening at most Curzon venues and other independent cinemas this week and next. 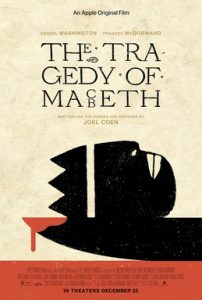 Out of all the films in London cinemas at the moment, this one has one of the most impressive casts. With Denzel Washington and Frances McDormand, the lead actors share a total of 5 Academy Awards. The film has 16 awards and been nominated for 83. It has been longlisted in 8 categories at the BAFTAs including Best Film and Best Director.

When a Scottish lord is convinced by a trio of witches that he will become the next King, his wife does everything she can to help him seize this power.

This is also mainly screening at Curzon venues, as well as The Prince Charles and a few other independent cinemas. 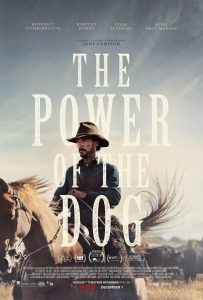 Even if you’re not too interested in Westerns, you might be curious about one made by one of the most successful female filmmakers of all time. Jane Campion’s adaptation of the novel by Thomas Savage is one of the films in London cinemas right now that’s also available on Netflix.

It’s already won a whopping 177 awards and been nominated for 258! But it looks like it’s also going to be cleaning up at the big ones. It’s been longlisted for 13 categories at the BAFTAs and is predicted to do exceptionally well at the Oscars too.

It is the story of a feared and domineering rancher who greets his brother and his new family with mockery and cruelty until he starts to feel a change in himself.

This is mainly screening at Curzon venues over the next couple of weeks. 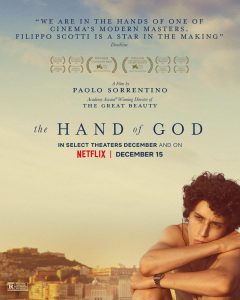 This Italian production has had less mainstream success, but has been longlisted in 5 BAFTA catergories and won 13 other awards so far.

Set in 1980s Naples, a young man pursues his love of football as he experiences heartbreak and tragedy, leading him to a different but promising future.

This is one the harder films in London cinemas to find, screening at a few Curzon venues, but can also be seen on Netflix. 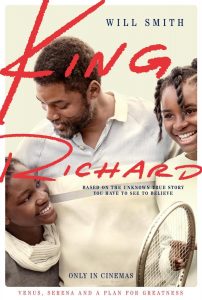 Another film that has received consistent Oscar buzz for Best Film, it has also been longlisted in 7 BAFTA categories. It’s already got another 112 nominations and 29 awards.

This emotional film gives us an insight into the upbringing of tennis legends Serena and Venus Williams. It focuses on their dad Richard and his detailed, amazingly successful plan to make sure his daughters become the best.

It’s been one of the films in London cinemas for a while now, so can only be found at a few Odeon venues at the moment, but is definitely worth catching before it leaves cinemas. 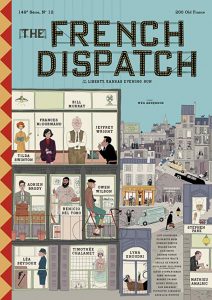 Who doesn’t love a bit of Wes Anderson? Perfectly framed images, endless colour and a unique sense of humour make all his films special. Although not special enough for the Academy Awards yet again, not being predicted for any category. It has however been longlisted at the BAFTAs in 11 categories, so hopefully it gets some well deserved recognition, along with its 19 other awards and 99 nominations.

It is described as ‘a love letter to journalists’, as it depicts the different stories written in the magazine ‘The French Dispatch’, set in a fictional French town in the 20th century.

It has almost finished screening in cinemas, but can still be seen in Picturehouse Central for the time being.