As the popularity of streaming services continues to grow, so does the demand for reality TV. Unlike traditional scripted programming, reality TV offers viewers a chance to see unscripted, “real” interactions between people. Whether it’s watching people compete for a cash prize or simply following the day-to-day lives of everyday people, reality TV has a wide appeal. And with the advent of social media, it’s easier than ever for fans to connect with their favourite shows and stars. As a result, Netflix reality TV shows are more popular than ever before.

This is a list of some new Netflix reality TV shows, as well as some of my favourites and some old classics that remain available to stream in 2022. 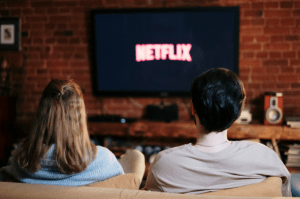 The Ultimatum: Marry or Move on

This is a brand new Netflix reality TV show. Ultimatums in romantic relationships have always existed, and have rarely worked, but this show takes them a whole other level. The two hosts, Nick and Vanessa Lachey bring on couples in which one person has posed the ultimatum of either getting married or breaking up, and they put their love to the test.

These couples all socialise together, before separating from their partner and dating all the other people on the show. After 1 week they chose another person to couple up with and live together for 3 weeks as a married couple. After these 3 weeks they move back in with their original partner for 3 more weeks and by the end they must decide if they marry their old partner, stay with the new person they’ve connected with or leave alone.

Unlike other Netflix reality TV shows, this one challenges already existing couples rather than new ones, making it more emotionally taxing for the contestants as they have invested more time into this person and planned their future with them. The show has a lot of unexpected twists, drama and some heartwarming moments of growth and love.

An original Netflix reality TV series, based in Australia, Instant Hotel is not about love, relationships and drama (although it definitely has some drama) but about businesses. It follows homeowners who have transformed their houses into hotels. In a similar structure to the British Four in a Bed (also available on Netflix), all the hotel owners stay in each other’s house and judge them. They also receive feedback from experts including English interior designer Laurence Llewelyn Bowen. The team of hotel owners with the biggest score wins an exciting prize.

Unfortunately there are only 2 seasons, both with quite different formats. In the first season we see 2 different groups of 5 people, with the best 2 competing against each other in a grand final. Whereas in the second season we follow 4 pair of contestants, again with the best 2 progressing to the final.

The prize for the first season of this Netflix reality TV show was not a cash prize, but an all-inclusive stay at a Californian Instant Hotel, apparently owned by a celebrity. Whereas in the second season the prize is a whopping $100,000.

This incredibly popular, controversial Netflix reality TV show has generated a lot of debate, particularly amongst parents. This Japanese show films small children as they embark on errands ‘alone’ for the first time. The reason I put alone in quotation marks is because the children are clearly followed by the TV crew that’s filming them, so they’re not truly alone or at real risk throughout filming.

Despite this, parents around the world are shocked by the premise of the show and claim it is irresponsible. Of course, places like the US can be much less child friendly and safe than many parts of Japan. If you can watch this without worrying about the children, it can make for a very heartwarming, adorable viewing experience.

Love on the Spectrum

This is another Australian Netflix reality TV series, which follows 7 young adults on the autism spectrum who explore the unpredictable world of dating and relationships.

The series has been very well received by audiences and critics. This Guardian reviewer even said that “at its best, this show is a compassionate, human celebration of difference, and of love”, giving it 4 out of 5 stars. Although, as all TV series, it has also received some criticism and has been deemed problematic by some viewers.

Some of these include that the show focuses too much on the contestants autistic traits, some worry the cast members are taken advantage of for profit (always a concern with reality television) and that the show is over-edited. You can read more about these opinions on this article, and then watch the show for yourself to decide if you agree. Many have found it empowering, a positive, much needed representation of autism and a pleasant watch.

Come Dine with Me

This British Channel 4 classic is also available as a Netflix reality TV series, both as the regular show and as Couples Come Dine with Me. The show follows 5 individuals who pride themselves in their cooking and dinner party hosting abilities. We visit a new area of the UK every time to watch new participants each host a three-course meal, alongside drinks, entertainments and hopefully pleasant conversation. After each dinner, the other competitors score them based on the food and general enjoyment of the evening. Whoever receives the highest average score by the end wins a cash prize of £1,000.

Any reality TV show requires a bit of drama, so the producers seem to purposefully put people together who have clashing personalities, to add a bit of excitement to the episodes. Everything that happens is accompanied by a voiceover by David Lamb, although I have to say his jokes don’t always land for me. The show has gone viral in the UK for memorable moments such as Peter losing to Jane, and Kev putting an entire balloon whisk in his moth while prepping his cheesecake. 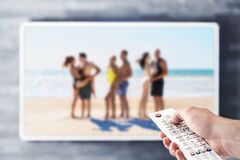 We hope you enjoyed this piece about current Netflix reality TV shows. If you think your followers would enjoy this list, make sure to share it on your socials. For more updates and articles on everything TV, check out the Nostairway website. We post regular blogs about TV, film and anything media.