To be a video production company in London

Contents hide
1 It’s nothing if not interesting being a video production company in London.
1.1 Build it and they will come
1.2 You have to be in it to win it.

It’s nothing if not interesting being a video production company in London.

The question is: Is it a good idea to be a video production company in London? Aren’t there too many? Isn’t it a bit risky. Is it fun?

Nostairway Creative has been a production company in London for 20 years. The short answer to the question above is Yes, No, Yes, Yes. 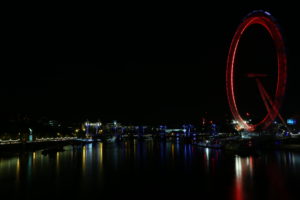 There are thousands of production companies in London now. You could be forgiven for imagining that they can’t all survive. I mean, there’s a limit to market demand, surely? Actually, market demand for video content hasn’t reached its peak yet. The reason so many video production companies set up shop in this city is the incredibly high demand, productions from all around the world bring their work here due to the high standards of production, the endless range of cast and crew and the great locations to shoot at.

So it makes sense that many companies like us decide to build their base here in London. As any creative business endeavor, having a production company in London has its risks, you can never be 100% sure that you will find success in this industry, but you need to stay determined and focused, invest in the right equipment, space and the right people, constantly making new connections and networking at film and video events.

Build it and they will come

It’s a bit like the adage heard by Kevin Kostner, “build it and they will come”, in the hit film ‘Field of Dreams’.  Or possibly more like the M25, as in, it doesn’t matter how big you build it, it’ll operate at full capacity.

As technology continues to offer increasing democratisation to the industry by making hardware and software ever more affordable, more and more would be Spielbergs are giving it a shot. And why not?

Being based in the capital, you can imagine that a production company in London has plenty of opportunity to find projects to create for new clients, we never run out of projects that need producing. Especially as businesses are starting to require more and more video production, for their company’s promotional material as well as training videos for their employees.

And while it is true, there are always potential new clients (even if they don’t know it) it takes a certain level of video production values to sustain a video production company that has built a business and reputation around its better work. In other words, when you’ve reached a level of professionalism and quality, it takes more adventurous jobs to keep the business going.

You have to be in it to win it.

A production company in London is just as likely to fail as it is to succeed and flourish. Structure is crucial, adaptability being the main element.

Nostairway Creative is a production company in London that has a pretty small core that is as flexible as it can possibly be. This give us the advantage of being competitive when pricing smaller tasks while still having an arsenal of talent as soon as larger, more adventurous projects come along.

This flexibility gives us the opportunity to get creative from time to time. Here’s a video production recreated as part of an original project. It was shot in a morning at the Kings Arms in London. The scene stars Rufiat Awalope and Adam Seridji.

As always, we love nothing more than talking about video production, so if you have any questions at all, just drop us a line so we can discuss your video production in London needs and how we can make your vision a reality.