Contents hide
1 The power of Shot on iPhone iPhone has made many of our daily activities in our lives easier by just a touch on the iPhone screen. iPhone has become advanced in many ways from screenshooting a moment from a video, to having a virtual assistant Siri at any moment! and many more advantages that has transformed our lives! But iPhone has definitely changed our lives visually. Apple inc have made capturing moments easy by just a touch on the screen.
1.1 Will the iPhone takeover the cameras we use today? 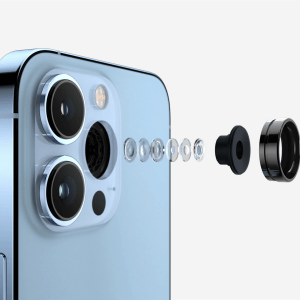 The power of Shot on iPhone
iPhone has made many of our daily activities in our lives easier by just a touch on the iPhone screen. iPhone has become advanced in many ways from screenshooting a moment from a video, to having a virtual assistant Siri at any moment! and many more advantages that has transformed our lives! But iPhone has definitely changed our lives visually. Apple inc have made capturing moments easy by just a touch on the screen.

Back in 2014 apple started a iPhone campaign under the hashtag for videos shot on iphone, #shotoniphone, it was global challenge that had people who own iphones to capture photos and videos using the hashtag #ShotoniPhone as a great way for people to show there creativity with using the limited camera features that apple has on their camera. The iPhone camera quality has many advantages but it’s all on how you use it, some filmmakers today have used the iPhone in replacement of cinematic cameras for short films, videos and etc.

Filmmakers are known to be using the focus change technique to tell engaging story’s to the viewers to give of a message. This technique is called ‘Rack Focus’ also known as Focus puller. Apple have added this feature with the new iPhone 13. JB Braud is a French Filmmaker who is know for his great storytelling. I came across a snippet of his short film he created called ‘whodunnit’ on instagram, this was a film he created using the iPhone 13 and their cinematic feature. This amazed me as I couldn’t believe that it was shot on iPhone! To achieve this requires skill, planning and most importantly having a creative vision.
https://www.instagram.com/p/CUX1n53owIw/?utm_medium=copy_link

Will the iPhone takeover the cameras we use today?

In this current time I believe and probably many people can agree that even though videos shot on iPhone are good, iPhone cannot takeover the cameras we use today as iPhone only provides limited settings and basic camera modes that won’t satisfy the aim for a cinematic effect for a film or video. There are many settings and modes that that the iPhones lacks which we would need for when filming which is obviously something we would find in a professional filming cameras.

Our phones give us opportunity’s with the power of social media, allowing us to connect with others working in the same industry which will also allow our work to get recognised. This is all done by simply filming, posting it on social media and then probably getting viral!

As iPhone keeps developing the camera quality every year, which also means that iPhone is in competition as the iPhone camera quality is being compared to canon cameras like the Canon M50, Sony RX100 and many more…

Going back the big question, Will this mean that shot on iPhone will takeover the cameras in the future? It’s definitely a debatable topic as the iPhone is developing each year which is slowing developing into the cameras we use today. But so are the filming cameras, as technology is constantly developing for both! So is there a potential future for shot on iPhone, yes I definitely believe there is a bright future for iPhone to really get involved in the film video industry!

As a video production company in London, Nostairway is dedicated to updating you on any changes in the film and video production industry, and for now we are sticking to our great cameras and keeping videos shot on iPhone for our personal lives and social media pages.

I hope you found this discussion interesting as we have only touched the surface to this topic as it has become a technique many filmmakers use today. Stay tuned, as the technique used more and more, we will revisit thus subject and keep you updated!