The process of corporate video production 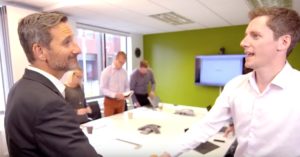 The first step in any corporate video production will be the initial enquiry from the client to the production company, which will typically take place over an email or over the phone. This conversation will cover the client’s needs, finding out if the video production company can provide what they need and help them achieve their marketing goals. They will clarify the purpose of the video, as well the their target demographic and the message they are seeking to communicate with the audience.

Once the idea has been communicated and the client has decided on this corporate video production company, they need to establish their content marketing strategy and make sure all their brand guidelines are followed.

Pre-Production is every part of creating a video which is required before the filming begins. This includes scripting, storyboarding, shot lists, casting, hiring crew if necessary, location scouting, equipment sourcing, budgeting and scheduling the shoots. In in the case of corporate video production, the location will often be the offices or other locations of the company being promoted in the video, the budget will depend on what they have offered and the timeline will depend on the deadlines they have set. So, unlike some creating video production, there will be little flexibility in pre-production.

The video production company will remain in constant contact with the client during this stage, communicating all their ideas for the video concept and sending them updating scripts. Once the client has approved the concept and checked that it works within their established budget, the production company can continue with the steps of this stage to prepare everything for their shoot. 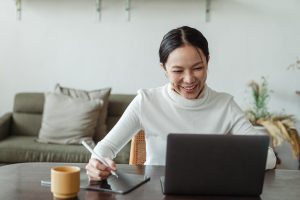 Production is the stage of filming the video, if the pre-production process has been done well and efficiently, then this stage should run smoothly and will few to no issues. Typically, corporate video production will include the following steps: 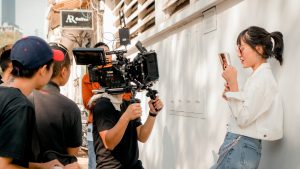 The Post Production stage is all the editing of the video and audio, you can read up on each individual stage of post production in this article. But the gist of it is these steps:

Throughout these steps, the client will likely want to check in and see rough cuts before the final piece, in order to provide feedback and ensure the final product meets their hopes. Once they have met all the client’s requirements and adjusted to any of their feedback, they can deliver the final cut to the client for distribution. 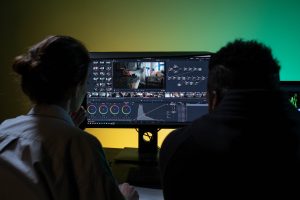 The final stage of corporate video production is making sure the video reaches as wide an audience as possible. In some cases the client may work alongside the production company, or they may handle this internally with their marketing or communications team. In either case, this is when they would develop a distribution strategy to reach their intended audience. This may involve targeting keywords, specific search phrases which rank highly within their target demographic, or maybe contacting influencers to help spread the video on their channels and reach their subscribers.