Contents hide
1 The Difference in Video Production
1.1 Adverts
1.2 Which of the advert makers won?

The Difference in Video Production

We should all know by now that British and American video productions are very different. Advert makers and film makers alike. If you didn’t, I’m here to explain! Something that can be quite easily imagined when describing the difference in video production is the tone.

Americans tend to enjoy a much more vibrant setting, showing off the ‘perfect’ family and friends, setting an almost-cartoonish scene. On the other hand, English productions tend to use less saturation and like to portray more realistic settings.

One creates an almost dream-land that people would love to live in, while the other focuses on a harsher reality. This image 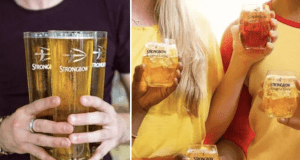 would probably explain it best.

Now that we know the difference in production, let’s talk advertisement. One thing to note is how to produce a good advert. Advert makers, listen up. I, as an avid advertisement viewer, have narrowed it down to 3 simple steps:

Advert makers in America love to use pop ups. Any opportunity that an editor has to add in a pop of colour, they take. Have a look:

Compare this to a British advert of the same company, you get a calmer, quieter setting of everyday life.

One relies more on slapstick and in your face humour (something off a fever dream), the other’s humour is much more subtle, but her claim is so ridiculous that you want to hear more. Both, however, check the boxes with flying colours.

The mantle for best advert makers has swung back and forth over the Atlantic periodically for many years. Advertising, historically developed in Europe and became substantially established during the industrial revolution. But exponential growth in the US proved an irresistible backdrop to consumerism, and ipso facto, advertising companies.

Economic growth has always been the fuel of inventiveness. Of course, recession can also play a close second fiddle to growth, as national economies flipped from time to time and indeed some of the best advertising has been born of hard times. But there’s nothing like the allure of a big bonus cheque to really get the creative juices flowing.  Here’s a fascinating paper on the subject of Advertising Companies and Economic Growth.

It’s interesting to learn that British advert makers often do well in the US and Americans the same over here. So you see, it isn’t as simple a question as we first set out to ask.

Which of the advert makers won?

While there is no clear winner (as its all based to your own judgements), you have to admit that the advert makers manage to imitate their country’s film productions very well. We kind of expect the American advert to be America, and same to the British one, even without hearing their accents! Do you agree?

If you would like to talk to its about this topic, or reach out to us in general, click HERE!!!!