Contents hide
1 Everything you need to know about Video Production.
1.1 The Director
1.1.1 The Script
1.1.2 Working with Crew
1.1.3 Directing Actors
1.1.4 The Outcome
1.1.4.1 How to become a Director?
1.1.4.1.1 To get more information in becoming a Director, visit: Screenskills, How To Direct and Go to ScreenSkills information on apprenticeships for the main apprenticeship schemes in television. learn how to build your sound portfolio.
1.1.4.1.2 Watch Ridley Scott talking about becoming a Director.

Everything you need to know about Video Production.

Welcome to our series of articles about Video and Film Production crew. Whether you want to be in the industry, or just want to learn more about filmmaking, we will provide you with all the information you need right here. Today we are talking about The Director! 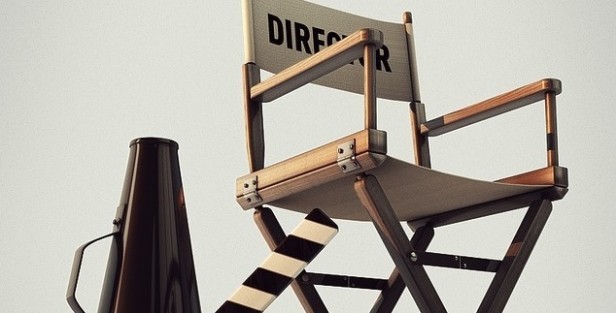 The Director is the creative lead of every film, from pre-production through to final edit. They have a vision for their entire project and will be responsible for making sure it comes out exactly how they imagining things going down in screen time with all actors on set at carefully calculated moments during production process so everything goes according plan .

The Director needs a deep understanding and technical knowledge for each role, not just what needs doing but also how it should happen when combined with others actions or events happening at once – which can be tough!

The job requires excellent communication skills because they must keep everyone informed about progress made throughout production as well asbestos risks assessment considerations if necessary And finally charm: It’s important not only understand their actors’ desires (and deadlines), But also motivate them into.

Directors are in charge of visualising the script. They start with an outline or script written by either themselves as well as other writers.  They work with Screenwriters and also Script Editors to improve and develop scripts and come out with a final shooting script with stage, lighting and camera directions. 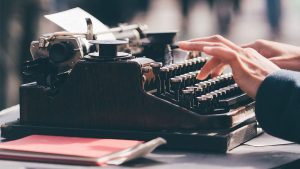 Once the movie has been approved and has funding, pre-production quickly starts. The film firstly needs its crew and the Director has to work with the producer to appoint Head’s of Departments, vital positions in any productions, such as Assistant Directors, Production Design and Cinematographers.

They then work with DoP’s/Cinematographers to develop the filming style, feel and colour and they input ideas on camera angles and shots in order to bring their artistic vision to life. The relationship and interaction between The Director and The Cinematographer is one of the most important parts of filmmaking and a strong relationship results in a strong and impacting film. 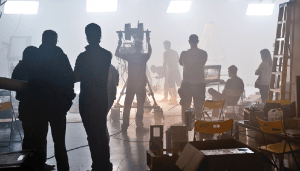 The Director is in charge of making sure that all technical aspects are taken care, from lighting and wardrobe to makeup – This is why it’s integral for a Director to know everyones role in depth. The best performance out of the actors can depend on how well they work with actors both beforehand or during filming – but also ensuring everything goes smoothly behind-the scenes so we get great shots!

Directors will seek out actors, working alongside a Casting Director. Some directors rehearse actors ahead of shooting, though not all do. They ‘block’ the performance with the actors before filming begins, meaning they choreograph where actors are positioned, where they will move to over the course of a shot and how they will deliver their dialogue. 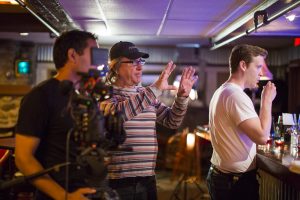 It is good for the Director to know their actors and build a good relationship with them in order for everyone to be comfortable and this let’s the Director be able to openly say their opinions of performance, etc. The Director will have a chance to work on their characters before the actors show up. They need to take the time for research, building backstories and deciding how they speak or act in real life – are they more Method than Meisner? What kind of movies could be reference material (books/music)? The actors need to share what’s going through their minds while performing so they can figure out why things happen during filming!

The editing process is crucial to a film because it creates an order for the story. After filming, they lead this important job of combining various shots into one cohesive whole by making sure each scene flows well with its neighbouring ones and introducing any necessary action or dialogue that may need clarification at various points throughout before signing off on final cut.

The Director has the opportunity to decide on the takes/music/style and much of the post-production decisions in order to make sure their artistic vision and style comes out in the final project!

How to become a Director?

Most people don’t know the process of becoming a film director, but it’s not just for those with talent. You can start your journey in any stage and be successful! Some examples are as an actor/screenwriter then move onto assistant directors before finally getting given control over their own project or episodes by going through Camera Department first if you’re lucky enough to work on set. Good ways to start is by being a runner or getting into a production company.

At school or college:
If you want to go to university, A-levels or Highers in drama and theatre, English, film studies or media studies are useful.

Build a Portfolio:There are many ways you can show off your skills and make an impression with employers. One of the most effective is by creating work that’s tailored just for them, whether it’s through short films on YouTube or even more advanced projects such as editing video footage from smartphones!

Look into the industry/ Network: If you want to get experience as a director, take part in amateur productions and learn how things are done. Get experience on small film sets and get to know all crew members, you never know whose going to offer you a job one day.

You can also read the rest of our series on the Nostairway website, like our article on Boom Operating and on Art Department.