The Pros & Cons of getting a Film Degree

Contents hide
1 Have you wondered if it’s worth getting a film degree?
1.1 PROS
1.1.1 Guidance
1.1.2 Project development
1.1.3 Access to equipment
1.1.4 Meeting collaborators
1.2 CONS
1.2.1 Professional experience is more valued in the industry than education
1.2.2 Less networking with people in the industry
1.2.3 University degrees are expensive
1.2.3.1 Should I Go To Film School – The Ultimate Guide
1.2.3.2 Is Film School Worth it? Two Filmmakers Weigh In

Have you wondered if it’s worth getting a film degree?

Are you pursuing a career in filmmaking and keep getting conflicting advice from people in the industry about whether you should go to university or not? Well the answer is, there is no answer. There are benefits to a film degree and there are benefits to just jumping straight into work, it’s about what works best for you. So let’s take a look at some of the pros and cons of getting a film degree. 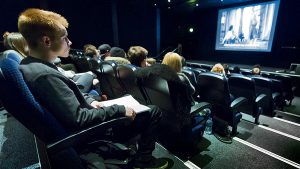 Whether you’re straight out of school, or just realising later in life that want to pursue a career in film, some guidance can be very useful in helping you figure out what exactly you want to do and how to do it. It is possible to find mentors in the film industry, but chances are they won’t be assigned to you and be at your constant disposal for three years, unlike with an undergraduate degree tutor. You can always email them, or visit their office with any questions about your work, aspirations and goals within the industry, and if they’re good at their job, they will point you in the right direction with helpful resources.

Having strict deadlines for your practical projects during your film degree can also help guide and motivate you. When you’re not in a course, you can still create your own projects, but it’s easier to get distracted by life and other work when there’s no specific time you need to complete it by. So the determination created by a deadline, combined with the resources provided by the university can help you create more film work and leave university with an impressive portfolio.

Of course, if you’re hoping to specialise in being a gaffer, sound engineer or editor, this might not be that bad, as professional work might benefit you more. But if you’re aspiring to be a writer or director, it might be much harder to get your scripts made and get the funding to do so without films that prove you’ve already taken on this role. Student films are a good way to prove this.

Even if you want to be a DOP or producer, student films are a good chance to jump to this role, and show your capable, without years of trainee and assistant positions first. Not saying you won’t have to take on traineeships after uni too, but at least you’ll know that you’re capable of doing the role you’re aiming towards. 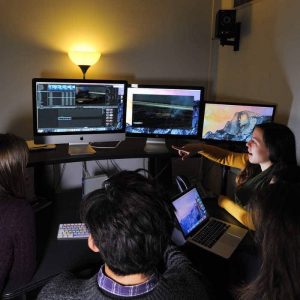 Not only will you be able to take on HOD roles during your film degree projects, you’ll also have access to high end filming equipment and editing suites. We all know how expensive professional filming equipment can be, so university or film school is a great place to try them out, see how they work and shoot some films with them, without having to invest your life savings into 1 camera lens.

Of course, if you work on professional productions instead, you would be around this equipment, but chances are you wouldn’t get to directly use it yet, use it for your own projects, or gain one on one training on how to use it. On any decent film course, the media department should be available to train you in various kit, including cameras, grip, lighting and microphones. 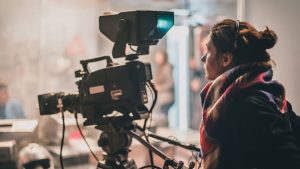 They should also provide you with high quality editing facilities, most likely with access to Final Cut Pro and Adobe Premiere Pro, both of which can be quite expensive as a non-student, but often seen as essential skills to have in the industry.

A film degree could be a great opportunity to meet likeminded people who also want to pursue a career in filmmaking. Working on group projects or seeing their work screened in class can help you realise who you might want to work with in the future.

Of course, if you want to pursue a career in academia related to film, such as teaching or writing about film studies, a university degree will be essential.

Professional experience is more valued in the industry than education

There’s no denying that IMDb credits, a diverse showreel and an impressive professional CV will do more for your career than a BA. As satisfying as it is to graduate with a good grade, knowing you spent time on something and accomplished it, employers on productions might not care much about it.

Especially if you hope to freelance and work independently on projects, relevant experience will definitely benefit you more, whereas if you want a steady job at a company, the film degree could be more beneficial. Of course, you can have both, you can gain professional on set experience throughout your degree, this might just be harder due to time constraints, especially if you work part time to support yourself too.

Less networking with people in the industry 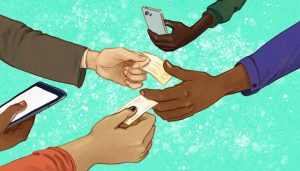 Many say that getting work in the film industry is less about what you do and more about who you know. There is absolutely some truth to this. Not that your skills don’t matter, because they definitely do, but networking is extremely important in the world of freelance filmmaking.

Whether you get your film degree from a university or a film school, it’s sure to put you in some debt (unless you are able to study at a Scottish University for free!). UK universities cost £9,250  per year, meaning if you study a 3 year film degree at university, and do this using a tuition loan, you will graduate with £27,750 of debt. Thankfully you won’t have to start paying it back until you’re making enough money, but it will most likely take quite a few years to pay it all back. However, it’s up to you to weigh this up against the pros and see if it’s worth the investment.

Before you make a decision on whether you want to invest in a film degree, or jump straight into this competitive industry, make sure you do plenty of research. Here are some other articles addressing this topic, to help you come to a conclusion:

Should I Go To Film School – The Ultimate Guide

Is Film School Worth it? Two Filmmakers Weigh In