Our Top 10 Films – by a video production company in London

The key to this film was the progressive narrative coupled with excellent character development. The film was not only written and directed by Barry Levinson, but he also produced it. This is usually the kiss of death for a film but in this case, somehow, Levinson used his complete involvement to cement his vision to the celluloid in breathtaking fashion.

Next on our top 10 films list is a superb example of consensus building, in this case between 12 jury members who are locked into a long deliberation on the verdict of an accused. The script subtly explores many facets of the human psyche under peer pressure. It isn’t actually said in the whole film but Reginald Rose, the writer, is clearly pricking the boil of American race relations at the time.

Rather than overtly deliver a polemic, he slowly drip feeds the concept of prejudice and fear so that the viewer will eventually agree with the key character (played by Henry Fonda), who’s sole intention is to do the right thing. Brilliantly directed by Sydney Lumet.

A stark, funny, worrying, enlightening glimpse into a world of poverty and a character who is bound by the constraints placed on him by his devout religiousness. Bob (Bruce Jones) is desperate to do the right thing by his daughter who is approaching holy communion age, but it costs so much; the dress in particular.

He resorts to desperate measures which get him into several scrapes, one in particular (with Tansey, the local loan shark heavy).  This produces for me one of the most effective and poignant moments in film history, as Bob asks his priest for guidance after accidentally killing the shark. The priest’s reaction, in one single outburst, demonstrates his superior pragmatism and his obvious disdain for what ‘the cloth’  has done to his subjects. Ken Loach at his best, and he’s had some belters.

This is another one of our Top 10 films. It simply keeps you on the edge of your seat for the entire film. It’s a mesmerising delve into our collective conscience. Who is right? What would you do? Is it justified?

Starring Gerard Butler and Jamie Fox, the plot is fairly simple at its roots, but the twists and turns have you asking yourself over and over who you are with. How far would you go to avenge an atrocity?  Strong script, superb casting and F. Gary Gray‘s task of directing this pick’n’mix of nuclear energy can only be described as driving a Ferrari on an icy cliff-side road while simultaneously juggling wild meerkats blindfolded. And he succeeded!

With Edward G Robinson, Barbara Stanwyck and Fred MacMurray to work with, Billy Wilder (Director) couldn’t have wished for any more bonuses. Oh, hang on, how about Raymond Chandler to co-write with? That’ll do it.

This classic film noir is a story of human frailty in the face of temptation. It starts out as a simple murder investigation and ends up a whole lot more. Hence the confused look on Edward G’s face in our pic.

Double Indemnity is one of those films that you can watch every now and then and still see extra twists you hadn’t noticed before. 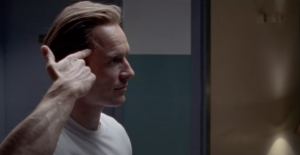 A piece of master-directing by Danny Boyle, this eves-drop into the mindset and M.O. of  one  of the most famous people of the 20th/21st century did exactly what it said on the tin. This is one of the wordiest films i have ever seen and must have tested Boyle to the edge.

Michael Fassbender and Kate Winslet  interpreted Aaron Sorkin‘s jam packed script with sublime professionalism. Absolutely no room for error and all concerned did a fantastic job of honouring  Walter Isaacson‘s book.  Boyle shot this film in three  parts, progressing from 16mm to 35mm film and then digitally for the last third. This worked incredibly well.

7. The World According To Garp 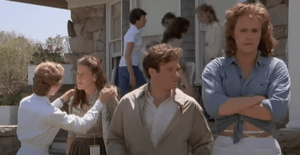 John Irving’s books have a habit of taking the reader on a long journey in such an effective manner that you take some time to realise when you land back on terra firma.

Steve Tesich (screenplay) and George Roy Hill (director) managed this task magically.  This is arguably Robin Williams’ best performance, and that’s saying something. Garp feels much like Irvine’s other rollercoaster novel, Hotel New Hampshire inasmuch as you seem to get on, you go through every possible emotion you have and a couple you didn’t even know you had, then you’re dumped out the other side in a state of complete bewilderment. 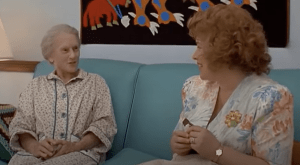 There has been a huge amount written about this film that’s in our top 10 films. The narrative flits between current and flashback but, rather than confuse the viewer, it is handled with great care and seems natural. A frustrated  housewife (Kathy Bates) befriends a care home user (Jessica Tandy) who fascinates her with tales of her life many years ago and the incredible characters there.

Debate has raged as to whether the two main characters – Ruth and Idgie – were more than just close friends. Many claim that it’s implied both in the original book and in the film. But there is no hard and fast evidence that were not just very close. For me, it’s of no import whether they were or not; it’s a wonderful story either way.  The film went on to gain multiple nominations, including The Oscars, and actually won a BMI award. 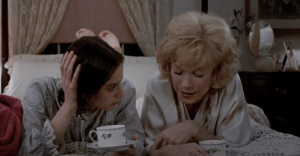 This film is in our top 10 films because it is simply a classic.  Focussing on the relationship between mother, Shirley MacLaine and daughter, Deborah Winger, the film is oozes reality, anxiety and emotion. MacLaine’s character, Aurora, is widowed and spends much of her time fending off suitors until she has a fling with her retired astronaut neighbour (Jack Nicholson).

The beauty of this film is in the script. It is just believable, albeit incredibly depressing and simultaneously uplifting. The entire cast should have won a major award that year. Actually, MacLaine and Nicholson pretty well cleared up in the statue department. 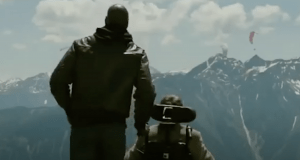 This is the last in our top 10 films. This was the moment Omar Sy went stratospheric.  A habitually out of work Parisien ‘banlieues’ resident attends an interview for a caregiver’s job just to get his card stamped so he can go back to his preferred, aimless existence.

‘Unfortunately’, he is offered the job when the care user, Phillipe, played by François Cluzet decides to take a punt and hires him.  Phillipe is not short of a bob or two and introduces Driss to a whole new world of adventure, albeit with a few ups and downs thrown in. The film is charming, inspirational and bloody funny.

Inspired by a true story, where the real caregiver is French-Morocan, the writers Olivier Nakache and Éric Toledano had a bit of a head start with this one. No surprise then that Nakache would choose to direct.  This is not always a good idea but in the case of Intouchables it was a master stroke and that’s why it’s in our Top 10 films.

Now I didn’t actually state that these are my absolute favourite films and you must not pay too much attention the the order in which I have listed them. But I have really enjoyed writing this article because these Top 10 films have given me so much pleasure and I’ve had some wonderful memories writing about them here.  If there are any you haven’t watched, I do hope you take the time to settle down with a couple.

If you agree or disagree with any of my Top 10 films choices, let us know through our contact page.