Contents hide
1 What are our favourite Netflix shows running at the moment?
1.1 The Woman In The House Across The Street From The Girl In The Window
1.2 Ozark
2 Sweet Magnolias
2.1 In From the Cold
2.2 All of Us Are Dead
3 Lupin

What are our favourite Netflix shows running at the moment?

Time for a little indulging. Normally here on the nostairway blog section we talk about more practical issues such as how to get into production or the best video production companies. All ver useful stuff, but from time to time we like to let our hair down, so today we will just wax lyrical about what Netflix shows please us most. 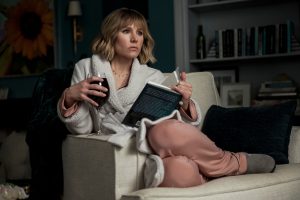 The Woman in the House Across the Street From the Girl in the Window.

Kristin Bell is an excellent actress and she does a great job here, but we feel like the dark comedy should have been funnier. The beginning of this first offering of Netflix shows was a little slow, It didn’t really get going until about 30 minutes in when Kristin’s character starts mixing alcohol with her anti-depressants. This leads her to have visions. Enter “Massacre Mike”, murder and mayhem. Trouble is, nobody believes her. I mean, would you?

Despite the pony start, this show has some great moments. Sometimes it’s hard to tell if it’s a send up or just dark comedy. You decide.

It’s easy to see how the Breaking Bad and Weeds comparisons could be made in regards with Netflix’s Ozark, as it follows a similar formula for success— Starting out as an average middle class family living their lives until they get involved with dangerous drug cartels. But what makes this story unlike any other before? The answer lies within its protagonist; whether cleansing himself or becoming more deeply stained by corruption will forever change both him personally and professionally–and possibly even land someone on death row. 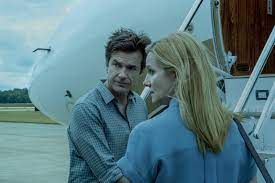 The Ozark anti-hero, Martin Byrde is a drug dealer with an unclear past who lives by one rule: Don’t get caught. He’s committed all of his crimes in secret and only interacts when it benefits him or those around them – but how long can this continue? As we watch from behind the scenes as events unfold that will eventually bring down both himself and any possible future family he has left alive (including sonogram technician duped into believing she was pregnant), there are several critical elements at play here which prevent what might seem like just another ‘ Webernesque’ story after so many others told lately about criminals running amok because really, nothing seems impossible anymore!

But if you’re prepared to dive into the realms of fantasy/thriller without asking too many questions, this Netflix show might just be your new binge. 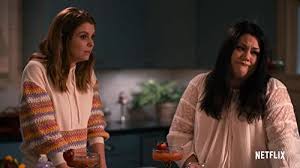 The second season this show opens with three friends – Maddie, Helen and Dana Sue- travelling to their senior prom. But as soon it becomes clear that someone else has been invited by mistake they set out on an adventure full or surprises at every turn including learning who’s inside the car which turns out not to be what anyone expected! The night leads friendships into dangerous territory.Old loves end while new ones begin leading some characters towards destruction unless something changes quickly before things spiral completely out control.

In From the Cold

When an American single mom and her daughter travel to Europe, they are forced into a life-threatening confrontation with the CIA when it becomes clear that their secrets from long ago have been 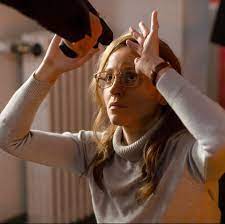 revealed. When a series of mysterious crimes against people with similar abilities to hers puts her life in danger, criminal profiler Jenny (Margarita Levieva) must go out into the world again and stop this evil before it’s too late. As you would expect with Netflix shows, this is well made in every aspect and well worth a bit of couch time investment.

All of Us Are Dead 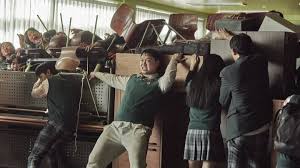 Friends are trapped in a classroom with several other students and surrounded by flesh eating zombies. With no way out, they must fight for their lives while looking to find an escape route or signal from each other that will indicate how many more live outside-the room.
The virus outbreak at Hyosan High School has resulted in human eating monsters; there’s only one day left until all of them would’ve been infected!

What I like about All of Us Are Dead is, unlike some Netflix shows of the same genre,  that it doesn’t pretend to be intellectual or sophisticated. It’s straight up what a good classic zombie drama should feel like- packed with high adrenalin action throughout, characters you can relate too and some really emotional & heartbreaking moments towards the end!

All of Us Are Dead is a nervous, blood curdling zombie drama that doesn’t pretend to be anything other than what it delivers: Classic zombies and classic thrills. It has characters you’ll relate too in addition with some really emotional moments towards the end for those who tune into this fun yet gory show!

The city of Paris is one that will always have a special place in my heart. It’s rich with history and culture, which makes it an ideal spot for someone like me who loves art. The heist has been highly 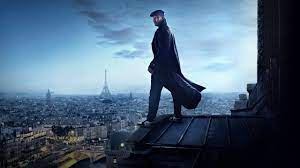 exploited here recently but Lupin managed to circumvent being just another copy thanks in the most part to its lovable protagonist!Netflix shows often provide amply for a good casting department and the choice of Omar Sy was a master stroke. he brings just the right balance of care and menace to the part.

Series three is on its way so better get stuck into parts 1 and 2 of these Netflix shows now.

Here’s the trailer to Lupin