What is Karl Queensborough doing in 2022?

What is Karl Queensborough up to? 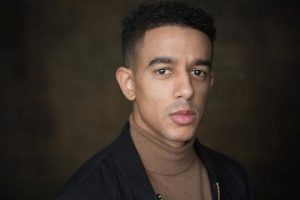 If you are familiar with Nostairway Creative and the work we do as a video production company in London, you have likely heard of the feature film 7 Hours on Earth (2020), which we completed all the post production on, as well as creating all the original music. It is a lighthearted, family friendly comedy about aliens which land on Earth, taking on the bodies of humans. They have 7 hours to transport back, all while dealing with the dramas of a high school setting.

The film has done very well on the festival circuit so far, winning some significant awards like Best Music and Best Female Director. One of the actors this production was lucky to have on board, was Karl Queensborough. He plays the very comedic role of Hugh Jass, the eccentric drama teacher, desperate to prepare his students for the school play while everything is getting in his way.

This is far from Karl Queensborough’s last success. In the last couple of years his career has continued to move forward, and he has appeared in some great short films, such as Denzel and Pragma:

Denzel (2021) is a short film by Michael Gamarano Singleton starring Karl Queensborough as the protagonist, Denzel. A touching story about being different and not feeling like you belong, like you deserve love. The short film takes its audience on an emotional journey, but thankfully ends on a hopeful and positive message. Karl’s performance is very powerful and impactful.

Pragma (2022) is a short film by Ellie Heydon and Lucy Heath, Karl Queensborough plays Juanjo. It is a British romantic comedy inspired by dating shows such as Love Island, shown through a more ‘holistic, Brené Brown-esque lens‘. This short film is still in post production and will be premiering at the Tribeca film festival this month.

Probably his most famous and impressive accomplishment, is performing in the renowned and award winning theatre production Hamilton in the West End, where he took on the titular role of Alexander Hamilton. Since opening in 2015, Hamilton has become one of the most successful musicals in West End history. The show tells the story of American founding father Alexander Hamilton, and features a cast of mainly black and Hispanic actors.

The hip-hop and R&B-infused score has won critical acclaim, and the show has been nominated for multiple Olivier and Tony Awards. In 2018, it was announced that Hamilton would be coming to London’s Victoria Palace Theatre. The advance tickets sold out within hours, and the show has been playing to packed houses ever since. Thanks to its groundbreaking approach to history and its catchy tunes, Hamilton has turned conventional wisdom about musical theatre on its head, and is now one of the hottest tickets in town. This is definitely a dream job for any actor.

You can read about Karl Queensborough taking on this iconic role in this article by The Times as well as an interview in which he discusses the role and opportunity in depth. He says “Still have to pinch myself that I get to play this enormous role” and calls his journey “nothing short of spectacular”.

This is not his first West End role, in 2018 he took on the role of Harry Pankhurst in Sylvia at the Old Vic Theatre.

Karl Queensborough thanks the Lyric Hammersmith for his success. He joined the theatre company at just 17 years old and claims they have helped him every since and even gave him his first jobs straight after he attended the Central School for Speech and Drama.

If you are curious what the rest of the 7 Hours on Earth cast is up to now, you can check out our older article mentioning some of their recent work.