Contents hide
1 Post Production is everything that comes after you have completed the shooting, or production.
1.1 Post Audio
1.2 ADR 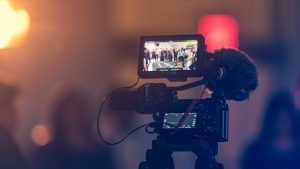 Post Production is everything that comes after you have completed the shooting, or production.

To begin, post production usually starts by ingesting all the material that has been recorded. This will be the clips you filmed, the audio you recorded, any bought in clips or images etc.

Once they are collated and labelled in a library, the editing starts. The editor often works with the director. In an editing session, the editor will sometimes come up with an editing idea which the director will immediately hate. There will then follow a great deal of discussion followed by trying numerous ideas until the director thinks of a fantastic idea that was in fact identical to the editor’s original idea. Or at least, this is how the editor will tell the story. The post production process is awash with opinions of how it goes and how it should go. 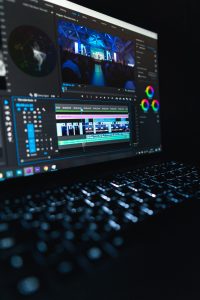 Before long you will have a rough edit. This is where post production comes into its own.

Edited scenes will go through hundreds of minor tweaks – often as mine as a single frame – before the agreed flow and feel have been achieved.

It’s usual in production for the audio to be recorded separately. If so, one of the first stages in post production is to synchronise the audio to the clips. Most NLEs (non-linear editors) such as Premiere Pro and FCPX will do this for you, with varying degrees of accuracy.  It helps of there was clapper board used on the production side, then the editing software will be able to pick the sharp spike to use in sync.

More and more films these days are shot with the intention of using a post production process called ADR. This stands for ‘Automated Dialogue Replacement’. Interestingly, the process is manual, where actors repeat what they said on set but in a controlled environment so that the dialogue sounds crisper and clearer.

Once this has been recorded, the post production engineer will start to work on the audio. This process is known as ‘Post Audio’ or ‘Audio Post.’ Audio post production is often overlooked by production companies working on a budget. There is usually an emphasis on the visuals and there isn’t enough left in the budget to tackle the audio. This, in. my opinion, is a mistake. Amazing pictures with mediocre audio seldom win awards.

The post audio work can be very complicated. It takes quite a lot of discipline to set out the audio editing timeline so that you don’t come unstuck later. It’s wise to label everything.

If a film has had ADR then there won’t be much diegetic sound that you can use as background or effects. Foley, sound design and sound effects are a very rewarding ways to spend half your life. Foley is the art of recording a sound just like the one on screen.  It is so called due to its earliest protagonist, Jack Foley, who worked in Hollywood as sound entered the film world. Interestingly, it doesn’t always mean just doing exactly what the actors appear to be doing – walking, hitting, driving fast round beds – sometimes the most unusual props are used.

For instance, when a foley recordist needs to replicate the sound of someone’s fingers being cut off, the studio legal departments have issued strong warnings not to actually cut someone’s finger off. Typical killjoy lawyers.  Believe it or not, celery is a very good substitute. It sounds almost more realistic than the real thing and there are far fewer compensation claims, so a win win.

Wikipedia has a great description of this process here.

Images by the brilliant Peter Stumpf 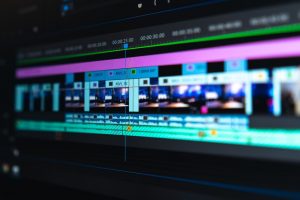