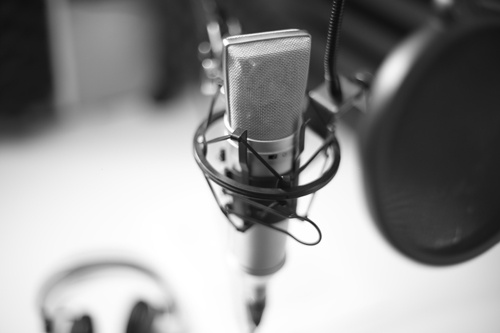 Corporate video – this type of video mainly focuses on raising brand awareness for businesses. This video often has content that educates, informs and makes offers to consumers. “64 % of consumers make a purchase after watching corporate videos on social media platforms” – Tubular Insights.

Music videos – an art from that combines music with visual content.

Event videos – these videos typically include weddings, meetings and other social events.

Social media videos – videos that can be shared across a variety of platforms. Content can be varied.

Click here to get tips on creating social media videos

Commercial videos – sponsored videos on the internet can be commercial videos. These videos are used for promoting various different products and services on TV, online and on social platforms.

One of the services video production companies provide is work for radio shows. Nostairway Creative specialise in this service. This can be recorded live or pre-recorded. A radio producer is responsible for research, creating content, selecting audio and coming up with ideas.

There are different methods for types of shows such as:

News – this type of show uses cable channels and networks that are produced on a national level.

Sports – this type of show is broadcasted on a daily basis and often has a commentator. Multiple on-site cameras are used to film all of the action involved. Games such as football are sponsored but producing them can usually cost a lot of money because of the amount of crew members needed.

Live – this type of show can be cheap to broadcast as the producers often use the same set and location. Different shows are recorded live such as talk shows. These shows are shot in a studio and use three cameras in order to shift the focus easily.

Taped – this type of show is pre-recorded and shown at a later scheduled date. Different shows are pre-recorded such as talks shows and sitcoms. Shows like these can be recorded live in front of a live studio audience.

In filmmaking, voice over is a very important aspect. Voice over is used for narrating which can add depth to the narrative of the film. How The Grinch Stole Christmas was narrated by Anthony Hopkins and what a great job he done too. In this film the narrator explains the history of The Grinch. From a young Grinch he struggled to fit in. The narration and story then shifts into his adult life which gives the audience some perspective and backstory on how the character came to me so mean.

Here is a fun fact. Video can increase your traffic from search engines such as Google by 157%. SEO and marketing video production services are essential for ranking up businesses in search engines.

Video is a very powerful marketing strategy for company video production companies. Tubular stated that “71% of consumers surveyed confirmed watching a corporate video left them with a positive impression of the brand, service or company. 73% of all consumers are more likely to make a purchase after watching video explaining a product or service”. Social media is used daily by millions of people so creating a video will not only get consumers interested, it will also give them a sample of your video production services.