Female directors are slowly but surely establishing a foothold.

After many years in the background, we are eventually beginning to see a number of female directors finding their rightful place in a (up to now) male dominated industry. As a video production company in London, we are very excited to see this. 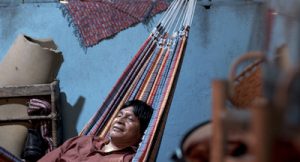 There’s still a long way to go, of course, but it does now feel as though the momentum is building. With the help of a growing number of organisations, female directors are beginning to see the green shoots of opportunity.

Organisations such as Birds Eye View (BEV) are contributing to this initiative. Through the campaign Reclaim The Frame, BEV promotes films by female directors that might not get the kind of exposure they deserve. Films such as The Fever, a touching, observant catalogue of the life of an indigenous man, living with his daughter on the outskirts of Manaus, a large industrial city in Brazil.

Vanessa his daughter will go to medical school and, as his wife died recently, that will leave him alone. The director, Maya Da-Rin, studied the indigenous people of that region for 6 years before deciding to make a film. Although a work of fiction, Maya Da-Rin, better known as a documentary maker, has gone to great lengths to paint a realistic picture of live of these workers. Out of their natural environment, treated like immigrants in their own land, suffering casual racism. All depicted with superb sensitivity.

Oscar winner, Mia Bays, hosts a series of screenings by female directors that span a world of styles and experiences.  It’s work like this that has redressed the balance somewhat. 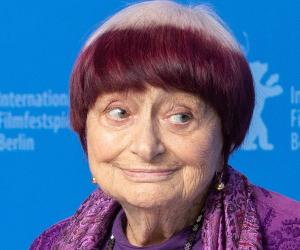 There have been female directors, though, almost since film was invented. One of the most respected directors in cinema history is Agnes Varda. Varda is often attributed to instigating the Nouvelle Vague movement with her Cléo de 5 a 7.

Often lauded in the Cahiers du Cinema for her unusual techniques, Varda’s work became a kind of linch pin to the movement.

Nostairway Creative is lucky enough to have worked with award winning director, Patricia Sharpe.  Pat worked for major broadcasters and independents during the 80s and 90s before changing to education.

A film is born

In 2018 she looked at the incredible resource of talent that surrounded her at he school and decided to make a feature film using just the school as location. 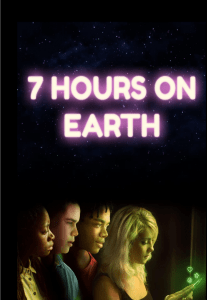 7 Hours on Earth launched in 2021. The story of aliens downloading into a school as an emergency measure, only to get mixed up in the love lives of the pupils. Cue mayhem. Nostairway provided the entire post production and music for the film.

Pat struggled to get any interest in the film from all the usual channels, despite her proven track record. Eventually, she raised the finance herself, and produced and directed.

This is no small feat for one person and the reward was the commercial release last year.

Female directors are bringing fresh perspectives to the big screen, and we can’t get enough of their work. We’re always on the lookout for the latest films from up-and-coming female directors, and we’re always eager to share our thoughts on them with our readers. Whether they’re telling stories about women’s issues, trailblazing new genres or simply making great films, we believe that female directors are changing the face of cinema. Keep an eye out for our latest articles on your favorite female directors!

Watch this space for more on the emergence of female directors. If you’d like to discuss any of the subjects in these articles, drop us a line at our Contact page, as well as if you want to discuss any of your video production needs.