The Top 8 Rules of Sound for Video 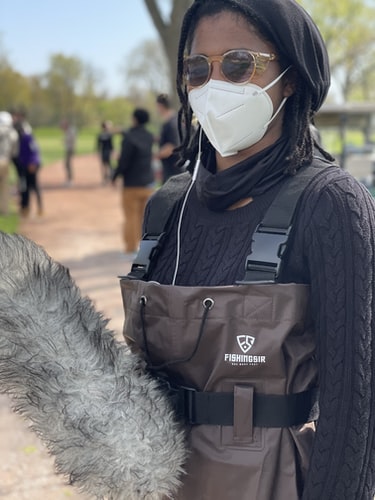 Although often overlooked, sound design is one of the most creative elements of filmmaking. But there are lots of ways it can go wrong. In this post I’m going to go through some of the most common and critical mistakes that can be made with sound for video.

Sound is as important as the visual elements of a film, in our opinion. This is because it helps to immerse the audience when done right. If sound is done wrong, and is incongruent with the on-sceen action, then there will be a disconnect from the audience. So get your sound wrong – and lose engagement.

Whilst a lot can be fixed in post-production it is better to avoid problem solving later on by getting it right in production. Visual mistakes can usually be fixed by a cutaway or some slick editing, but sound mistakes are harder to hide from.

So, lets cut to our top rules of sound for video.

1. Do not rely on your camera’s inbuilt microphone.

At Nostairway, this isn’t negotiable when recording sound for video. Unless shooting a PTC in a sound protected environment then your camera’s microphone won’t cut it for a professional video production. If you’re shooting an interview or dialogue based piece then a lavalier microphone will be best. If shooting a diegetic piece then you’ll need a boom microphone. One reason that you need high quality audio is so that there is more scope for editing in post-production. By shooting at a higher bitrate you have more information to work with and if you do need to do much editing then it will be easier to work with your sound without completely warping it.

Location is key, and your locations department need to be thinking of sound when they are location scouting. This means they need to think about environmental noise like airplanes, traffic, and other unwanted human noise affecting the sound for video. If scouting indoor locations you will need to think about air conditioning, electrical equipment like fridges and computers and how a room will sound if it is raining. Is there a glass or tin roof for example? Can all of these sounds be locked off before cast and crew arrive to start shooting? If not then are you going to be giving the sound mixers a hard time in post?

If you film during non work times, early mornings and evening then some of these risks will be minimised. But when choosing location, consider audio and not just visual factors.

When the set is dressed there are even more factors to consider. So, art departments need to be aware of noisy furniture and flooring. Carpeted floors are better for sound when dialogue is taking place whilst people move around. If ceilings or lighting are being built into a set then consider whether the boom mics or overhead microphones will have space.

3. Have a dedicated boom operator.

You need someone in production to have their full attention on sound. A boom operator needs to be hyper aware and make important decisions about the placement of the microphone in order to get top quality audio.

Most of the time, you would boom from above the action – this is probably what you’re used to seeing. But, there is some debate about whether to boom from below! Take a look at a debate HERE. There are some arguments for booming from below, such as less problems with shadows and it is easier to hide the boom operator. However, arguments for booming from above include people’s legs touching the floor so more unwanted sound from this, someone’s mouth being closer to the mic if it is above them and the different shots syncing up. If some are shot from above and some below then you will have different sounds.

Don’t assume that all mistakes can be fixed in post. While ADR was invented for perfecting audio in post production, it will save time and money if audio is perfect the first time around. Good actors will be able to replicate their acting for ADR but again, it is usually better if the dialogue is live and in the moment. 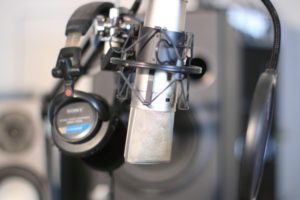 This is vital if you want editing to go smoothly. Make sure that the clapperboard always has the correct information on it, even one tiny error can set you back. Make sure there is a clear recorded clap and that everyone has said their cues so all equipment is rolling otherwise you will end up with misplaced bits of media and find yourself trying to piece together the mess. Check out our article on video shooting commands HERE.

While it may be daunting, there are many benefits to an original score. Firstly, you will avoid licensing and royalty fees and issues if you were planning on using another artist’s music. You’re whole production could be turned upside down if you envisioned using a certain song throughout – only to find out that they won’t let you use it. If you create an original score you have creative freedom and can create something that propels your story forward.

7. Beware of costumes and lavalier microphones.

It can be tempting to wire everyone up to avoid having to strategically place shots so that the boom is hidden. However, there are lots of issues that come with lavalier mics. If the scene is diegetic then there will likely be clothing rustles and unwanted atmospheric sound. Microphones are just tools, they don’t make miracles happen. If on-set audio problems are not dealt with immediately, they will only be back to haunt you again in postproduction.

If you are using lavalier microphones, then tell your actors to avoid silk clothing as this is more likely to mess with the audio. And also tell actors to avoid tight clothing so that there is a suitable place for the microphone to be clipped on.

Sound mixers are often perceived as pests or even a hindrance to the film’s progress. This is because there are some things that cannot simply be removed, such as echo. This is where rule number two is vital. If a whole scene is shot in a big hall with no cushioning to protect from echo, there is a very small chance it will be suitable sound for video. Echo can be reduced, or added in if it is needed. But real echo on the audio tracks is really tricky to fix without warping actors voices. For this reason, fix is in pre production or on set and don’t assume it can be completely erased in post.

So there we are, our top tips for sound for video. Nostairway is a video production company in London, and we love audio and would love to help you with your next project in any way we can and do the sound for video. If you need help with video, audio or photography in London then get in contact with us HERE.