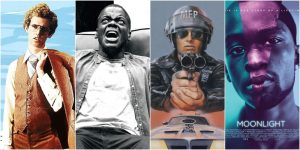 In our daily life, thousands of dollars sounds like a massive amount of money, but in the film industry any movies made with less that about 5 million tend to be considered low budget films. Let’s take a look at some feature length productions which worked with significantly small budgets and managed to not only make a significant profit, but also to become successful, internationally well known films. I’ve listed them in order of financial success, from least profit to most. The statistics used on this article were found here. 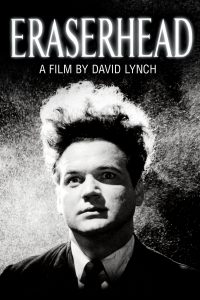 If you’re a fan of David Lynch, surrealism, horror, or just weird cult cinema, you’ve most likely seen Eraserhead at least once. Although the exact budget of the film is unknown, it’s assumed to be between $10,000 and $100,000, either way it is one of the most notable low budget films. It made $7,012,524 at the box office, so even if we assume the highest possible budget, it made a profit of 6,900%.

According to the film’s IMDb trivia, Lynch struggled a lot with financing the film. The American Film institute (AFI) was understandably hesitant to fund a feature with only a 20 page script. In the end they did offer him a grant, but the production took far longer than expected, and after 3 years they ran out of money. Terrence Malick apparently even screened the film for a potential financial backer, who left the room referring to the film as “bullshit”.

Despite all the financial stress and difficulties that went into making this film, as with all low budget films, it became a cult classic, inspiring many filmmakers and the horror genre as a whole. 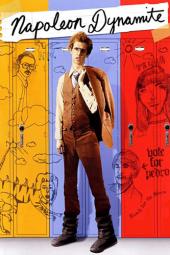 This high school comedy by Jared Hess is ideal for a cozy night in, a screening with friends, a Sunday hangover, or any time that you need cheering up. This film was shot in only 22 days, with a budget of $400,000, with even Jon Heder, who plays the titular protagonist being paid only $1,000. Out of all the famous low budget films, this is definitely one of the most successful comedies.

According to the IMDb trivia, the film was edited in the apartment of the producer, Jeremy Coon. They used a $6,000 Macintosh and edited the whole film on Final Cut Pro. It was such a hit at Sundance Film Festival, that Fox Searchlight picked it up for $4 million. 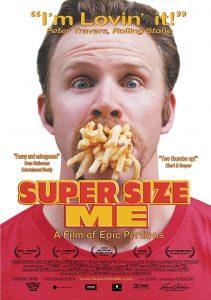 Definitely one of the most impacful low budget films ever, as it was made on only $65,000 and got nominated for an Academy Award for Best Documentary Feature in 2005. It also found financial success, bringing in $20,641,054 at the box office, making their profit 31,700%. When the film premiered in Australia, it was the highest ever grossing documentary there. Grossing over AUS$1 million (over US$800,000) in just the first two weeks.

Morgan Spurlock did not only make a successful film on a small budget, he also made a big impact on the world. Shortly after the documentary premiered at Sundance, McDonalds stopped selling its menu items in “Super Size”. Although they did deny that it had anything to do with the release of the film, the timing does not seem coincidental.

There was also a hospital with a McDonald’s in it, St. Joseph’s Hospital in Phoenix, Arizona, which after the film came out, closed down the McDonald’s. 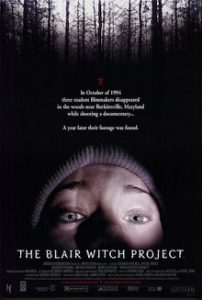 It also won the Award of the Youth for a Foreign Film at the Cannes Film Festival in 1999, and was screened for the Directors’ Fortnight. Not only did the film find financial and festival success, it even convinced people it was real.

One of the most appealing elements of the movie was the mystery of whether the events were real, based on true events, or completely fictional, as it was first presented as a true story to the public. We now of course know they were entirely fictional and not based on reality, but many did not realise this at first. Many people even sent Heather Donahue‘s mother sympathy cards. 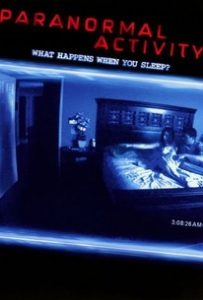 Paranormal Activity can be found on every list of low budget films, as it made the highest percentage of profit out of all the films on this list. Similarly to many of the other movies listed, it was filmed in a surprisingly short amount of time, shot in only 10 days. Oren Peli pretty much did everything for the production, from writing, directing and producing, to cinematography, set decorating and editing. He even shot the entire film in his own house.

This was most likely necessary, due to the very low budget of the production, which was only $15,000. However, during its first week of release in the US it grossed a staggering $9.1 million, making it the highest grossing weekend ever for a film screening in under 200 cinemas. It made a total of $193,355,800 at the box office, making its profit 1,289,000%. An inspirational achievement for low budget films.

What started as one man in his own house with 15 thousand dollars, went on to become a franchise of 7 films. The first one is even included in Steven Schneider‘s “1001 Movies You Must See Before You Die”.