What shooting video commands are called before saying ACTION on set?

So no one actually says “LIGHTS, CAMERA, ACTION” when shooting video unfortunately. But, there is a set of commands that need to be called before the shooting begins.  Nostairway  is  a  video  production  company  in London and we’d  like  to  share  our  knowledge  with  you. 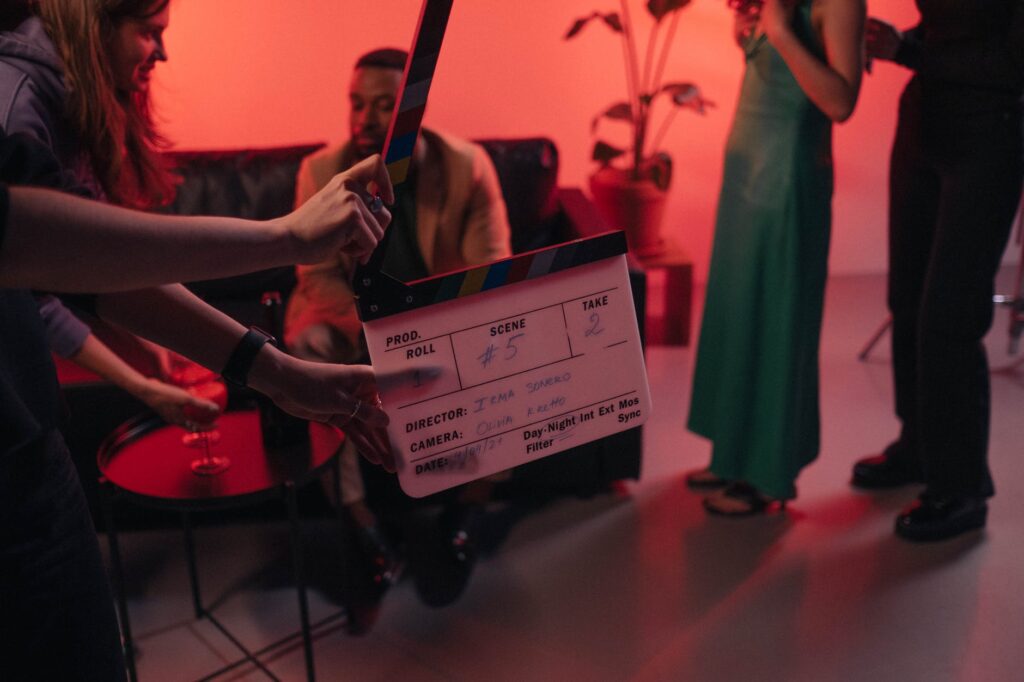 What are the shooting commands?

When the set is ready, everybody is in place and there is silence on set the first command will come from the sound operator who will call…

This confirms that the microphone or boom mic is in place, turned on and recording.

After this, it is the camera operator’s turn. When they hear “sound speed” and they have the camera rolling they call…

… to verify that the camera is rolling.

Why do people say camera speed?

Way back when video was shot on film, they had to bring the film up to speed for shooting so that the film didn’t snap from trying to start moving too quickly.

And then, with everyone in their places and all of the equipment rolling, the Director (or if they’re occupied 1st AD (Assistant Director)) calls…

And the action begins!

So, there are the commands for shooting video successfully. These can vary slightly from set to set So, let us know what variations of these you have heard or used.

Take a look at our other video production articles here. And get in contact with us if you need some help with your next project.