Ahead of The Academy Awards, popularly known as The Oscars in March, we are celebrating and commemorating today’s working female film crew! We tend to pay respects to female Directors and Actresses more than we celebrate the behind the camera crew, but we need to remember that each role is vital to the success of a film and the industry.

The film industry can’t be said to be the staple icon or sector on celebrating women’s achievements. If anything, it seems to be completely against it. Don’t believe me? Only two female Director, Jane Campion (1993) and of recently, Julia Ducournau (2021), have ever won the Palme d’Or at the Cannes Film Festival in its 50 years of running.

Chloe Zhao was the second female Director to win Best Director and Best Picture in 2021 in it’s 94 years of running! About three quarters (74%) of leading cast and crew roles go to men and one quarter (26%) to women. The gender ratio in non-acting roles is especially skewed: 82%-18%. That means women hold fewer than one in five key crew roles.

I don’t think the industry is itself, sexist but if you look at the data, “Women make up only 23% of crew members on the 2,000 highest grossing films of the past 20 years” and of all the departments, the more technical Camera and Electrical departments is the most male driven, “with only 5% of women”. The only departments that tend to be more women driven, are of course: The art, makeup and costume departments, the traditionally ‘more’ female jobs. Can we see a pattern? Is the industry all so high on equality?

But at last, we are here to celebrate the hard-working women behind the screen, here are our Top 5: 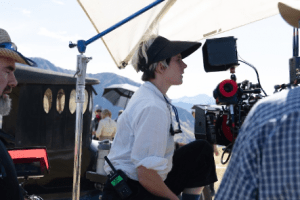 DPing and Cinematography is a hugely male led role, but today we are seeing more women picking up the camera and taking the lead. Ari Wegner is a perfect example of a women who knows her art, who knows her vision, and is well on her way to becoming a Cinematography guru and Auteur.

The 37-year-old Australian cinematographer has many credits include Zola (2020), Lady Macbeth (2016), and Oscar nominated critically acclaimed film, The Power of the Dog, written and directed by Jane Campion. Wegner has received an Academy Award nomination for Best Cinematography, becoming only the second woman to do so in the awards 94 year running. 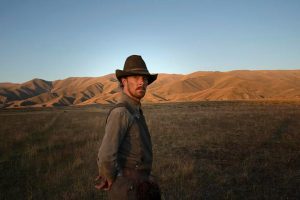 Wegner studied film at the Victorian College of the Arts and went on to specialise in DPing. She delivers dark and dramatic visual landscapes. In The Power of the Dog, Wegner beautifully soaks the landscape with light, bringing out the bright and orange sunsets of the Badlands, that make Benedict Cumberbatch look like a dream boat. Cinematography doesn’t get better than this. Wegner, you are an inspiration to all female film crew.

Denise Yarde has worked in the industry for more than 15 years. She graduated from The National Film and Television School in Location Sound Recording in 2016. She has worked as sound recordist on many feature films and television dramas. She has progressed through the ranks, working with Tim Burton and Ridley Scott and of recently, she has worked on the sound department for Kenneth Branagh’s film Belfast. She is a nominee for Best Sound Design for Belfast at the Academy Awards 2022.

Belfast is a deeply personal semi-autobiographical, (fictionalised) story of a 9- year- old boy living in the city during, “The Troubles” in Northern Ireland. It’s exceptionally well- designed sound mixing, brings the emotions and rawness of this film to the foreground, and all the way to the Oscars! Well done Denise, for being an inspiration to young and inspiring female film crew sound recordists. We hope to see your team carrying that Oscar on stage. 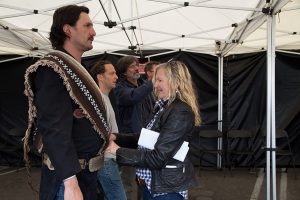 American costume designer, Jacqueline West has been worked on some extraordinary films such as, The League of Extraordinary Gentlemen (2003).  The Curious Case of Benjamin Button (2008), The Tree of Life (2011), The Revenant (2015) and the Oscar nominated Dune (2021), where she is up for the prize of Best Costume Design! Congratulations West! 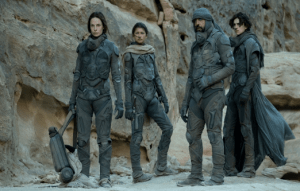 West was previously a high fashion designer in San Francisco. She had her own clothing brand in California, but now predominately works in film as a costume designer and is well known in the industry. West says she was influenced by her mother, who was an Avant Garde fashion designer in the 40s. This has led to her character-driven and historical design. 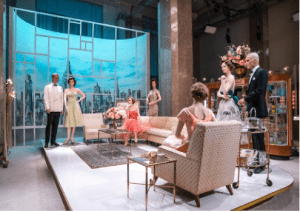 Rena De Angelo is an Oscar nominated and Emmy Award winning American Set Decorator. She has been a set designer for Mad Men (2007), The Goldfinch (2019), The Help (2011), The Woman in the Window (2021). Her most recent work has been on Wes Anderson’s The French Dispatch (2021) and Oscar nominated, West Side Story (2021), where she is up for Best Production Design. 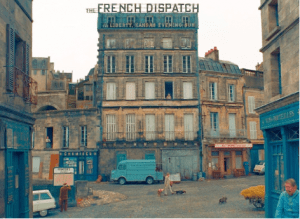 Rena plays a critical role in the storytelling process by bringing character’s worlds to life. She pays attention to detail and her ability to create a set that feels authentic as well as aesthetically pleasing, is what makes her a brilliant set designer and female film crew.  Well done Rena for being an icon and for bringing your beautifully artistic, vision to life, making us as viewers, enjoy every moment and detail on screen. 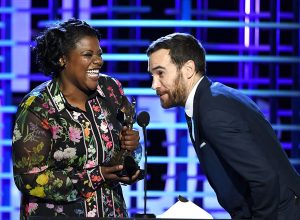 Joi McMillon, is an American Film Editor who has worked on numerous productions in post. She has been editor on Zola (2020), If Beale Street Could Talk (2018), and her most notable work, Moonlight (2016), where she won several awards for her beautifully, artistic, emotional editing style.

McMillon found her passion when she went on a high school field trip to Universal Studios, she was starstruck for her love of editing and this inspired her to apply to Film School. She attended Florida State University of Motion Picture Arts in 2003 and after all those years, in 2017 she became the first black woman to be nominated for an Oscar for her film editing. McMillon, you are an inspiration to me, as a young black female filmmaker, and you will continue to inspire both black, and female film crew.

The Future is Female Filmmaking

In 2022, we are seeing improvements to the inclusion of women in film crews. Although slow, it is inclining more than it was 10 years ago.  With Writer-Director-Producer star, Zoe Lister- Jones making her first Feature- Length Sundance hit debut ‘Band Aid’ in 2017 with an All- Female Film Crew. A lot of female film crew don’t get the same name recognition as their male peers do, but through time they will. Our goal should be to advocate it through our films, and with our voices, we need to actively try to fill our crews with women in positions such as camera operator and key grip.

Lastly, I’d like to commemorate cinematographer, Halyna Hutchins, who unfortunately died last year on the Hollywood set of, ‘Rust’. Thank you for all your beautiful film work, and for being an inspiration to many female film crew.

If you’d like to find out more about female filmmaking and female film crew, visit Women in Film, you can find more statistics on how many women work in the film industry every year because, the Future is Female Filmmaking!