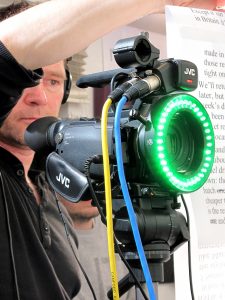 Closely followed by “How can I work for a London Video Production Company?”. The video production business is still growing and with this growth comes opportunities. As more and more SMEs and corporations embrace the use of video production, we are finding the need to recruit help. This doesn’t necessarily mean that there is an increase in actual jobs, as the video production industry has long been building around outsourcing. But an increase of any kind is going to result in extra work.

So, I need to be a freelancer?

So a pattern is forming whereby many freelancers are taking short term jobs only to find that they are offered a permanent position offer a period of stability. This isn’t everybody’s cup of tea. Many people like to know hat they have a wage coming in.

But the video production business is no different to every other line, i.e. since the introduction of zero hours work practices, companies can hire and fire at will. This makes them highly competitive and, in the absence of compulsory union membership, everyone else has to compete at the same level or risk losing business. On the one hand this is good news for the users of the service. They get an advert made cheaper, or they can afford an online ad that they couldn’t before. On the other hand, this situation does nothing for job security ad, with skilled staff coming and going, it makes it more difficult to maintain standards.

Hop on the Schedule D train

However, the experience of working in a London Video Production Company is not likely to change for the foreseeable future. Picking up freelance editing/shooting/recording work in the 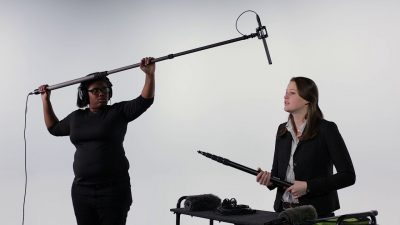 hope that your employer will offer you a more permanent post is likely to be the most practical approach at the moment.   Interestingly, since the resurgence of film /tv production, freelancers are in the enviable position of being able to negotiate relatively decent fees. This probably won’t last but it’s worth keeping in mind when planning your job strategy.

Where should I start looking?

Well, with an increase in activity often comes an increase in the entrepreneurial spirit. There are some great collective organisations out there along side  the more traditional recruitment agencies.  this one, for instance – Video Collective. just sign up and start looking for jobs. the beauty of the independent agencies is that they are usually quite small and if you get in early with them, you will probably represent a big fish in a small sea. They are often run by industry professionals too. Which means that they know what t hey are doing and possibly are in a better position to advise you.

Nope, this is a nationwide situation. On fact, there are several incentives on offer to video production companies who are on so London-centric.

I can only speak from our experience which is from our base in Chiswick, West London.

So it’s worth having a good look. there seem to be plenty off opportunities out there if you are prepared to be flexible.

If you’d like to have a chat abut working for a London Video Production Company, we may not be in a position to offer you work but we are always happy to talk things through. So drop us a line through our CONTACT page.