10 Up and Coming Women in Film

Contents hide
1 Up and Coming Women in Film
1.1 So let’s take a look at some lesser known women in film, who are starting to make an impact on the industry and we should all keep our eyes peeled for.
2 Directors
3 Actors
4 Cinematographers
5 Editors

Up and Coming Women in Film

There is no doubt that women have made significant contributions to the film industry over the years, creating beautiful and thought-provoking work that deserves to be celebrated. However, despite the many achievements and successes of women working in film, we still remain vastly underrepresented in this male-dominated field. This is why we believe it is so important to highlight and promote the work of women rising in film today.

From female directors like Ava DuVernay and Patty Jenkins, who have transformed popular culture with their artistic visions, to women writers like Sofia Coppola and Greta Gerwig, who have elevated our understanding of human experience through their words on the big screen, women are making bold and innovative moves in every corner of the film world. And by supporting their work and exposing others to it, we can help to create a more equal and inclusive landscape for women in film. So let’s celebrate these amazing icons, keep our eyes out for emerging talent, and continue propelling forward those leading the charge in cinematic creativity.

The Women’s Media Centre reported that, despite all the talented women in film making, Emmy nominations continue to be dominated by men in these fields: producing, directing, writing, and editing.

So let’s take a look at some lesser known women in film, who are starting to make an impact on the industry and we should all keep our eyes peeled for.

Nathalie Biancheri is gaining popularity as one of the great women in film, her recent film WOLF is a fascinating exploration of the concept of species dysphoria. The film follows the story of a young man, performed incredibly by George MacKay, who begins to feel as though he is trapped in the wrong body. As he starts to identify more and more with wolves, he begins to feel as though he is living in the wrong species. The film does an excellent job of exploring the psychological implications of this condition, and his journey is both moving and captivating.

In addition, the film features several strong performances from its female cast members, including Lily Rose-Depp, which is refreshing to see in a genre that is often dominated by male voices. Overall, WOLF is a thought-provoking and well-crafted film that offers a unique perspective on the human experience.

Chow has made her mark as one of the emerging women in film, mainly in Marvel, and as we can all imagine, these films can be particularly male dominated. Sci-Fi and Superhero movies and shows have always lacked a female perspective, and it’s great to finally have such a talented one. She has been very successful in television, directing episodes of Jessica Jones, Iron Fist, Disney’s Mandalorian, and now she is stepping into the spotlight even more by directing all six episodes of the upcoming Star Wars Disney+ series Obi-Wan Kenobi.

Cave found success in short films and music videos over the years, which has now led her to directing her feature film with Fresh (2022). This film uniquely combines film genres and is defined as a Comedy, Horror and Thriller. It follows the experience of a young woman as she tries to survive her boyfriend’s ‘unusual appetites’. The rest of the plot remains secret until it officially releases on Hulu on the 4th of March but Mimi Cave claimed the film exposes “power dynamics of the love relationship” and the “commodification of women’s bodies.” through “over-the-top aspects”. I am personally very excited to see it and continue to support more great women in film.

To find out more about successful women in film who are taking the industry by storm check out our other article about Successful Female Filmmakers in 2021. 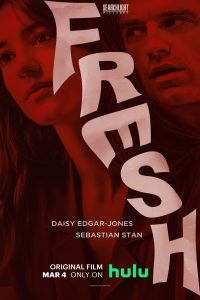 Allen, at only 24 years old, is not only a talented actor, she is also the first wheelchair user to lead a mainstream thriller in over 70 years! Disability is incredibly underrepresented in films and television, so it’s great to see her find success and inspire other women in film with disabilities. This thriller she is known for is Hulu’s Run, in which some say she even stole the show from the iconic Sarah Paulson. She is still a student at Columbia University where she is studying Creative Writing, so maybe she will impress us with some of her writing soon too.

26 year old Haas has already been nominated for an Emmy for her incredibly moving performance as Esty on the mini series Unorthodox. The series, based on a book about the author’s real experience, follows the story of a young woman leaving the ultra-Orthodox community she was raised in, and the marriage she was forced into. Haas impressed everyone with her emotionally intense performance as well as her singing abilities which brought many of us to tears in the final episode. Some will also recognise her from her role in Shtisel where she played Ruchama Weiss.

This young stand-up comedian has achieved a lot for her age already, starring in High Maintenance and Call Your Mother. She is one of the great women in film with various talents, as she recently even created a series for Comedy Central called Ayo and Rachel Are Single. What really helped her gain recognition was her role in Shiva Baby. This unique drama-comedy is almost entirely set at a Jewish funeral service where the protagonist attends with her parents and runs into both her sugar daddy and her ex-girlfriend.

If you want to read about more up and coming actresses who are impressing the industry, check out this article. 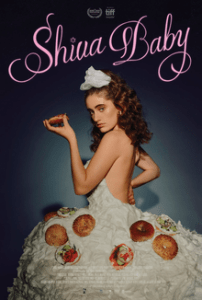 Christensen is from Denmark and studied at the National Film and Television School in the UK, where many great women in film get their start. She then went on to work with some amazing filmmakers, including Thomas Vinterberg, on The Hunt, John Krasinski, on A Quiet Place, Denzel Washington, on Fences and many more. She is known for adapting to any genre and style of film and creating both intimate but also epic visuals for them.

Summerson has worked on some great and widely successful films and TV shows. One of these was Riz Ahmed’s rap drama Mogul Mowgli, for which Variety praised “the harsh, oily tones of Annika Summerson’s claustrophobic lensing”. Her next big success was Censor, alongside many other great women in film, if you haven’t already heard of this film, and you’re a fan of horror films you should definitely check it out. The film is about a film censor who uses a video to solve the mystery of her sister’s disappearance. 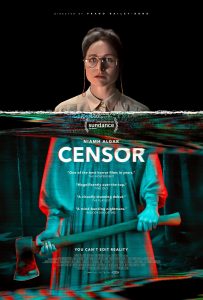 Buckland has gained recognition for her work on Pompeii, a uniquely original film which creatively combined a series of Instagram stories alongside a young man’s journey to return home. The film is considered a technical feat and her editing abilities definitely contributed to this by conveying emotions from fleeting excitement to intense loneliness. She is definitely one of the women in film to keep your eye on, as we’re sure to see her work on more great projects.

I have mentioned this film in articles before, but I absolutely love Rocks, many talented women worked on this production, including the editor Maya Maffioli. She recently also worked on Clio Barnard’s Ali & Ava, both films have been very successful, especially within the UK. She seems to have a great eye for intimate scenes, sensory storytelling and conveying strong emotion through her editing work. 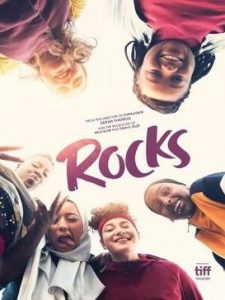 Whenever you feel like reading article about everything film, TV and media, come back to the Nostairway website. We post regularly and cover various topics, including many about women in film, such as: